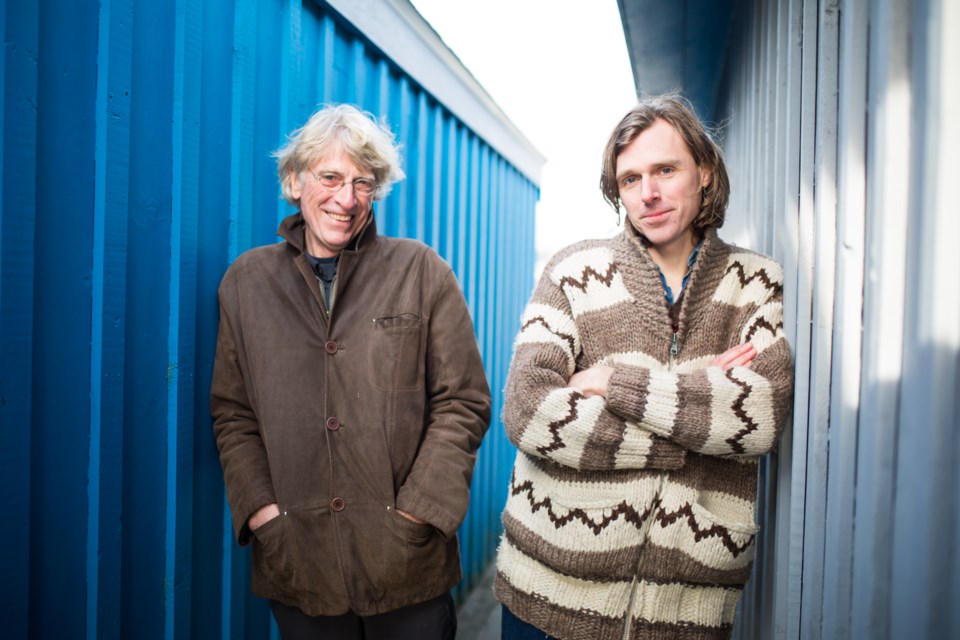 Joel Plaskett is definitely no stranger to Greater Sudbury, or even Northern Lights Festival Boréal.

The 43-year-old Dartmouth, Nova Scotia-based musician played at The Townehouse in Sudbury many times starting in the 1990s with his former band, Thrush Hermit. “I slept in the basement of The Townehouse on multiple occasions,” he said.

He's also appeared on stage at NLFB twice before — in 2009 and 2012. He said he still has a hula hoop given to him by hula hoopers that jumped up on stage during his set at the 2012 festival.

Plaskett and his dad, Bill Plaskett, close out this year's Northern Lights festival Sunday, July 8 as the Sunday night headliners.
In 2017, the father and son released a joint album entitled Solidarity.

Featuring songs by both musicians, it leans much more heavily on the folk side of the equation than do Plaskett's solo albums and especially his work with his rock band, The Emergency.

Made during the run-up to the 2016 American election where Donald Trump became POTUS, the album features some social commentary and references to politics.

The song Blank Cheque, for example, contains the line “And you can't get higher, Than the climate change denier, Who sips his gin and tonic, While the world goes microphonic, Liars.”

“Much of my sort of politics has been inherited through my parents,” Plaskett said.

With Bill Plaskett, who's in his early 70s, recently retiring from his career as a municipal planner, Plaskett said it was “time to do it and stop talking about it” in terms of putting out a joint album.

Touring with his dad — the person who first taught him to play guitar — and introducing him to fun events like Northern Lights Festival Boréal has been fantastic, Plaskett said.

“That for me is the fun thing about the last year, has been playing with my father,” he said.

“We have a way of playing together that is unique and to be honest, really fun… We've got a longstanding musical connection that we really highlighted on the record we made together.

“So it feels really great to be able to travel around the country and get to go places with dad, and I think he's been enjoying it.”

Plaskett said his NLFB show will feature just himself and his dad on stage. He said he always tries to put on an entertaining show, even if it's quieter material.

“I'm a storyteller at heart,” he said. “There's stories behind some of the songs.”