Hospital is buying 'the best CT scanner on the market,' CEO told City Council
Jan 14, 2020 9:44 AM By: Brent Sleightholm 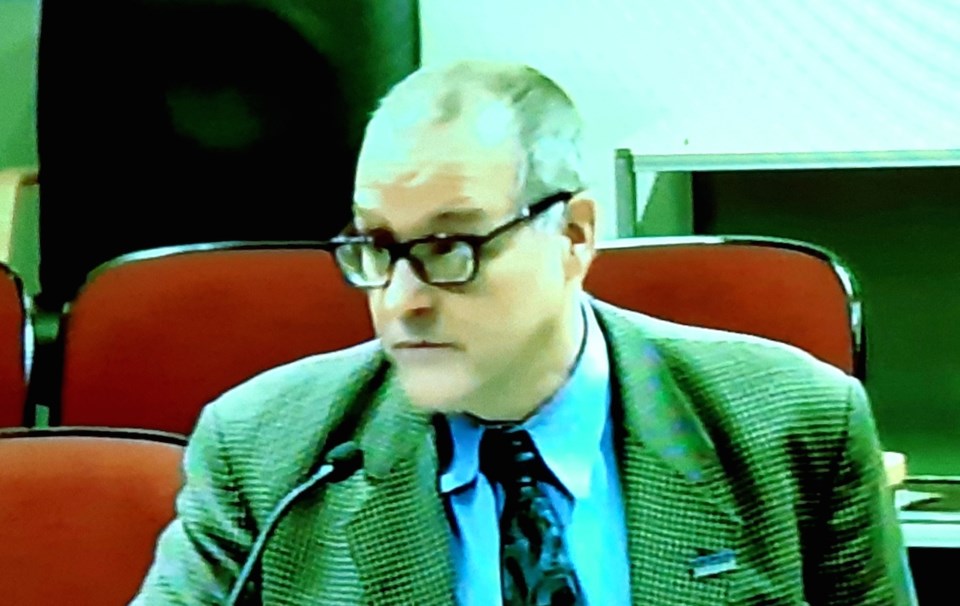 Work will start in a few weeks on renovations at St. Joseph's General Hospital in Elliot Lake for the new CT Scanner suite on the hospital's ground floor.

That was one of the announcements that hospital officials made Monday night at Elliot Lake City Council.

William Elliott, chairman of the board of Elliot Lake's St. Joseph's General Hospital Foundation, told members of council that the foundation has raised $1.8 million for the the project over the past two years.

He also noted that donations are still being accepted. The foundation set a revised fundraising goal of $1.6 million for the project last year and then exceeded it.

Elliott and St. Joseph's General Hospital CEO Pierre Ozolins came before council at its first meeting of the year with a project update. The CEO told council he's confident the hospital is buying the best CT scanner on the market.

He said when it's up and running by late summer, the diagnostic machine will mean that 2,000 patients a year from a catchment area from Spanish to Iron Bridge to Elliot Lake will be able to have a scan done Elliot Lake. That's 2,000 trips year that won't have be made to Sudbury or Sault Ste. Marie.

Ozolins told ElliotLakeToday that he is prohibited from revealing either the machine's manufacturer or the final price of the unit at this time by the Ministry of Health.

"The hospital put out an RFP (request for proposals) for the CT scanner project and there were three interested parties. When it came to patient- and staff-friendly features, frankly, it is what we believe to be the finest scanner on the market today," said Ozolins.

He outlined a number of features relating to patient comfort, accessibility, radiation dosage and other points that made the chosen unit the best option.

The Ministry of Health and Long Term Care estimates by the year 2030, 56 per cent of the population of East Algoma will be over the age of 65. With that in mind, Ozolins painted a picture of what patients can look forward when they receive their scans, as he played an animated video of the future CT scanner suite, in the hospital.

"The next steps for the hospital, we’re working with the ministry with the capital branch with a combined stage 3 for capital and we still anticipate that August will be the start date for use of the machine," he explained.

He said the CT scanner is expected to last for 12 to 15 years, based on the anticipated use it will get.

Councillor Tom Turner told Elliott and Ozolins, "Just want to say thank you. Appreciate your leadership in this. You're going to save lives."

Councillor Sandy Finamore added, "This will be life changing. And so I just want to say thank you and good work, and what's the next project?"