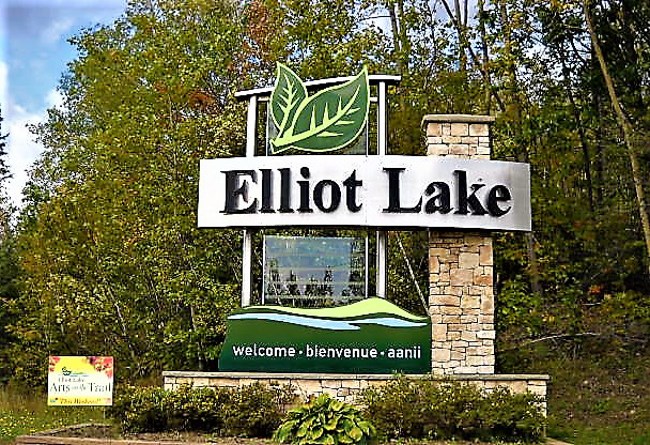 At a special Thursday night meeting of Elliot Lake City Council, Sault Ste. Marie's E4M municipal consulting firm will present its full report on complaints, laid under the mandate of the Integrity Commissioner of Ontario, submitted in Elliot Lake.

Elliot Lake CAO Daniel Gagnon told Council members on Thursday they and the public will both learn the results of all the probes into complaints which E4M staff have been investigating for more than four months.

This Thursday is the mandatory cut-off date for release of results of these investigations. It marks exactly 180 days since people were allowed to file complaints that led to E4M's investigations.

Gagnon said although the details of the final two investigations by E4M will not be released Thursday, their rulings from those two and all their other probes will be presented.

At Monday's council meeting, Elliot Lake Mayor Dan Marchisella pushed for a pre-release of E4M's reports to council members by this Wednesday afternoon. That would have been more than 24 hours before the findings will be made public. He reasoned councillors would need a full day to digest findings of all of the E4M probes so they could respond to and debate them.

Gagnon insisted that the mayor's request would not fly. The CAO said E4M wants to ensure its rulings are released to the public at exactly the same time as they go to City Council.

Councillor Chris Patrie, who initiated two of the previously audited complaints which E4M investigators have denied, told council members he took this week off work so he would have time to study and assess the results of all the Integrity Commissioner probes. He based that on the claim that there were 22 different complaints on the table, a number which Gagnon disputed.

Patrie had launched complaints against fellow Councillor Luc Cyr and Mayor Dan Marchisella, both of which E4M investgators have dismissed. He alleged that Cyr failed to declare a conflict of interest when he took part in a council debate that led to Elliot Lake's purchase of a piece of land where the ill-fated Algo Centre Mall once stood on Ontario Avenue. E4M ruled Cyr received no personal benefit from his participation.

As well, the Integrity Commissioner shot down Patrie's allegation that Marchisella received a benefit from Elliot Lake's AstroRabbit Entertainment and its owner Corey McKenzie. AstroRabbit received city approval for its failed attempt to stage a heavy metal music concert this summer at the city-owned Mount Dufour Ski Hill.

That concert had been set to run the second weekend in August. Once it failed, after council deferred its final approval for the concert and his contracts were lost, McKenzie was busy refunding his ticket holders their money.

Prior to the show's demise, Marchisella enlisted city staff and resources to help McKenzie prepare his pitch to council for the show. Patrie based his failed complaint against Marchisella on the mayor's 2018 civic election campaign expense report. But the E4M probe concluded the mayor received no personal gain from his efforts to help the promotion company.

The full release of E4M's investigations under the Integrity Commissioner's mandate will take place in the council chamber on Thursday night at 7 p.m.

BEYOND LOCAL: Is your child ‘self-bullying’? What parents should know about the harmful practice
Feb 28, 2020 8:55 PM

Super fun things to do in Elliot Lake
Feb 28, 2020 1:30 PM
Comments
We welcome your feedback and encourage you to share your thoughts on this story. We ask that you be respectful of others and their points of view, refrain from personal attacks and stay on topic. To learn about our commenting policies and how we moderate, please read our Community Guidelines.