Elliot Lake Arts on the Trail gets bigger

Arts on the Trail attendance, revenue both up this year, Drag Race attendance drops
Nov 8, 2019 10:05 PM By: Brent Sleightholm 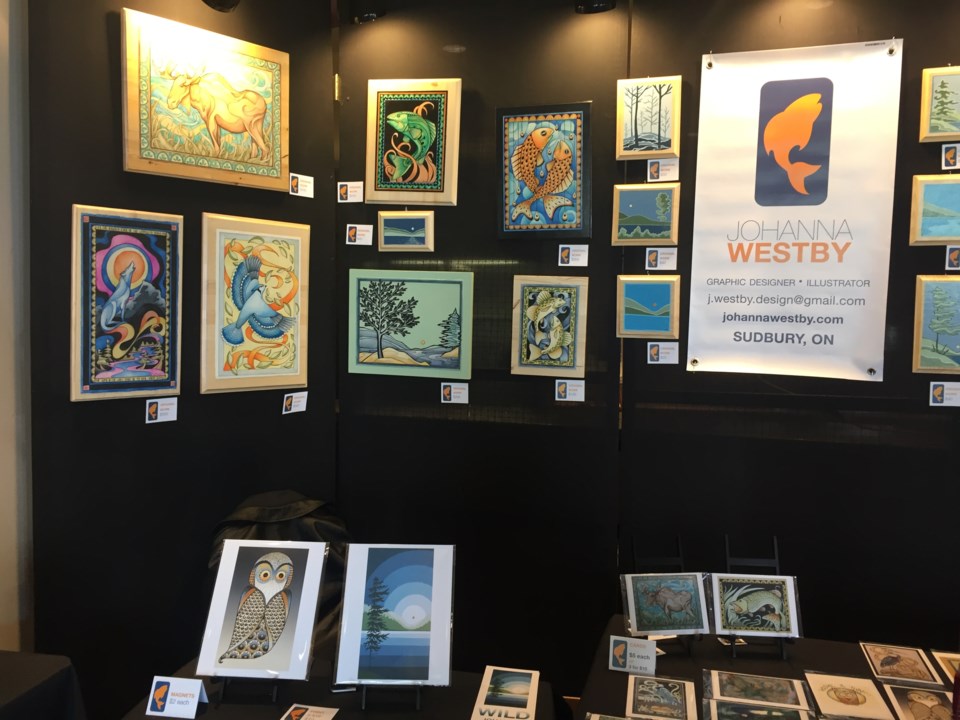 ElliotLakeToday file photo shows one of 22 artists displaying their work at Arts on the Trail.

In a report coming to Elliot Lake City Council at its next meeting Tuesday night, the City's Arts and Culture Coordinator will present her report on September's annual Arts on the Trail event. It was the eleventh such annual Northern Arts showing here, held on Sept.28.

"Arts on the Trail continues to be a more successful and cost-effective event being presented for one day only. We continue to see an increase in attendance, year to year, with this positive change," Kate Matuszewski said in her report.

The report went on to note that food vendors were included at all four venues this fall and live musicians were a big part of the event. The "People's Choice" Award results from Arts on the Trail were "Best Artist": Sheila Currie, "Best Youth Artist": Faith Bernard, "Best Musician": Trilogy (Debbie French, Steve Panasky, Sheila Hoo) and "Best Emerging Artist": Kelly Barbosa.

Of those who attended and then surveyed 75 per cent were from Elliot Lake. Five percent of the visitors each came from southern Ontario and Sudbury.

Total attendance by venue, 1,145 at Collins Hall, 864 at Elliot Lake Airport, 850 at Dunlop Lake Lodge and 800 at Camp Thompson. Thirty-five percent of the people surveyed attended the arts event for the first time.

Artists received a total of $36,848 in sales and commissions. Seventy-six percent of those surveyed who attended found the prices they paid affordable.

Those figures are from a report coming to Elliot Lake City Council on Tuesday night, submitted by the city's Special Events Coordinator Darla Hennessy.

"The decline in attendance is attributed to the Committee's decision to offer only a weekend pass with no day pass availability," Hennessy wrote in her report to council.

Village Media to be part of Google news licencing program
Oct 1, 2020 12:18 PM
Comments
We welcome your feedback and encourage you to share your thoughts. We ask that you be respectful of others and their points of view, refrain from personal attacks and stay on topic. To learn about our commenting policies and how we moderate, please read our Community Guidelines.