Man seen banging his head on steering wheel before parking on the wrong side of the road and passing out, police say
May 19, 2019 4:39 PM By: ElliotLakeToday Staff 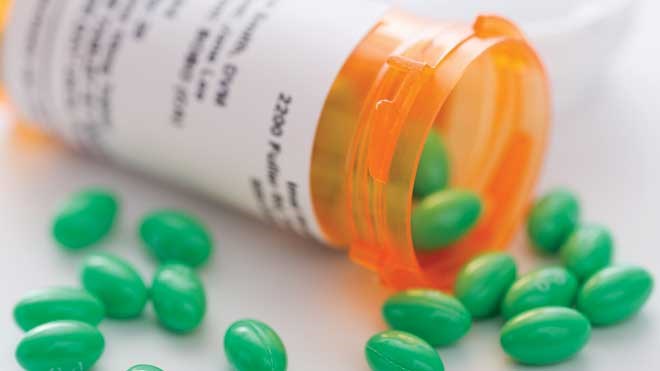 The complainant stated that they watched the male drive to that location. (It is alleged that) prior to passing out, he was shaking his head aggressively and banging it against the steering wheel.

The male driver woke up a short time afterwards, exited the vehicle and departed the area on foot. A second complaint was reported of the male on foot acting in a bizarre manner behind a school on Hergott Avenue.

Police and Algoma Paramedic Services (EMS) located the male. He was yelling at trees, not making sense, taking his shirt off, and exhibited signs of confusion.

Police were able to gain control of the male. He was assessed by EMS and later released. A pill bottle with numerous suspected prescription pills was located inside the vehicle and seized by police.

Mitchell Gentile, 29 years of age, from Elliot Lake, Ont. was charged with:

The accused is scheduled to appear before the Ontario Court of Justice in Elliot Lake, Ont. on June 4, 2019.

The OPP has highly trained drug recognition evaluator (DRE) officers who are skilled in the detection and investigation of drug impaired drivers.

A charge of impairment by drugs involves all drugs, be it prescription, over-the-counter and those that are illegal. Should you observe a suspected impaired driver, please dial 911 or contact the Ontario Provincial Police at 1-888-310-1122.

BEYOND LOCAL: Students should be encouraged to study humanities for the post-coronavirus world, prof says
Oct 25, 2020 8:55 PM
Comments
We welcome your feedback and encourage you to share your thoughts. We ask that you be respectful of others and their points of view, refrain from personal attacks and stay on topic. To learn about our commenting policies and how we moderate, please read our Community Guidelines.