The hospital CEO said the hospital has been looking at different CT Scanner models
Dec 7, 2019 5:00 PM By: Kris Svela 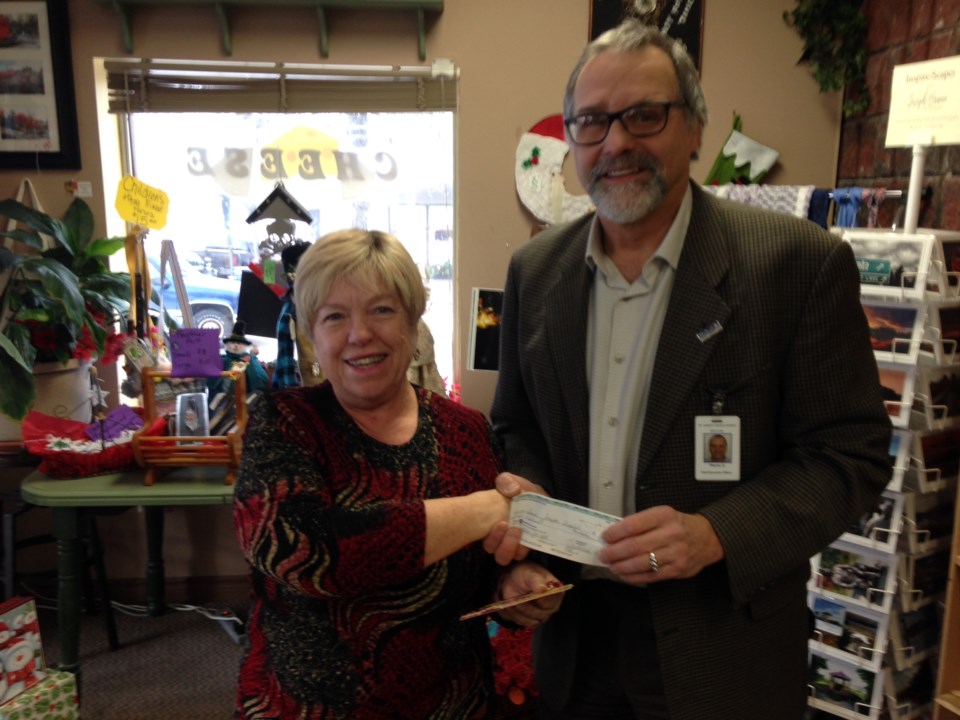 A $1.6 million fundraising campaign for a CT Scanner at Elliot Lake’s St. Joseph’s General Hospital is nearing its goal.

Carol Rott, vice president of one of the two Beta Sigma Phi chapters in the city, made a $700 donation to the project on Friday. A cheque for that amount was presented to hospital Chief Executive Officer (CEO) Pierre Ozolins.

It’s one of several donations to the campaign by the group since the fundraiser was started.

“We just had our auction at Grace Christian church and then we give the money to charity,” Rott said the chapter’s work.

The group has also given donations to several other community organizations as part of the money raised from the recent auction.

“It’s mainly women and children that we donate to,” she added. “That’s our main mandate.”

“We have less than $100,000 left to our goal,” Ozolins told Elliot Lake Today at the presentation held at the popular Cathy’s Brew HaHa coffee shop.

The CEO said the hospital has been looking at different CT Scanner models in presentations from diagnostic equipment companies General Electric (GE), Phillips and Canon.

Ozolins said the hospital is looking at pricing and different options, such as virtual colonoscopy, for the new scanner.

Preliminary work is underway at St. Joseph’s to the room where the scanner will operate and training of staff to operate it is taking place. According to Ozolins, the operation of the scanner will involve about five staff.

“We are tentatively looking at the end of July beginning of August (2020),” he said of when the equipment is expected to be in place and operational.

He also acknowledged and thanked the community for its financial support for the scanner fundraising campaign.

New CT scanner expected to arrive in Elliot Lake this December
Oct 1, 2020 12:50 PM
Comments
We welcome your feedback and encourage you to share your thoughts. We ask that you be respectful of others and their points of view, refrain from personal attacks and stay on topic. To learn about our commenting policies and how we moderate, please read our Community Guidelines.