By 2022, Elliot Lake's reserves will be running on empty barring pre-emptive action, says director of finance
Jan 13, 2021 11:25 AM By: Brent Sleightholm 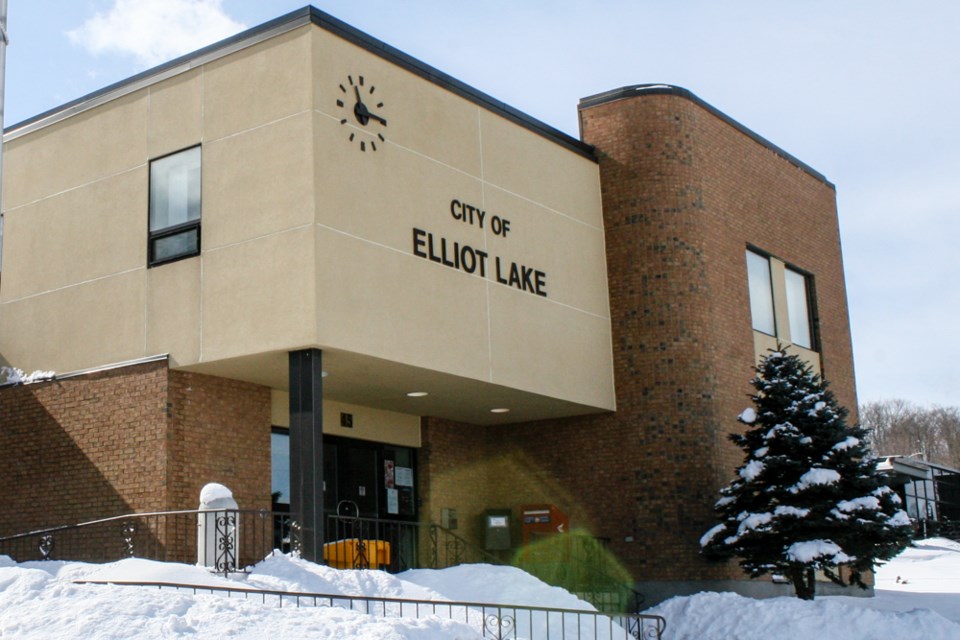 Members of Elliot Lake City Council swam through a sea of numbers as they wrestled with the city's 2021 budget Monday night during a meeting of the Ad Hoc Budget Committee.

The City's Director of Finance and Treasurer, Amy Sonnenburg, produced pages of charts for councillors to peruse prior to the 7 p.m. virtual meeting.

She demonstrated that by 2022, Elliot Lake's reserves will be running on empty barring pre-emptive action to correct the situation between now and in subsequent budgets through 2022 and 2023.

"I believe this is the third time we've seen this report come to the Budget Committee and for requests that were made in the fall of 2020," Sonnenburg said.

"At this time, there's one outstanding request for discussion and that was from Mayor Marchisella (for) a 2 per cent tax increase dedicated to the Recreation Complex in 2021 and 2022," she explained. "It was requested for an analysis of what the levy increase would require on a household basis, and what that would be included, for the levy.

"It should be noted that as we increase the transfer to reserve, we will also have to increase the operational budget for municipal taxes within the city's budget."

Mayor Marchisella said since reserves are transferable, he does not care that if accepted, the reserve contribution be allotted to the building reserve.

Sonnenburg used the Ministry of Finance's online property tax analysis tool to estimate the impact of projected  levies on the average property owner.

The assessment value of an average home in Elliot Lake has actually decreased from $97,000 previously to $95,000 at the latest fixing.

Sonnenburg told the Committee that making contributions to reserves and finding spending efficiencies (not cuts) are the only two options available to them to produce a successful budget plan.

Councillor Chris Patrie cautioned that while developers are looking at the city as a place to invest, this is the wrong time to increase property taxes.

"So we have one taxpayer. We've taken a 7 per cent increase on water," he said. "Now you want to go to a 4.5 percent increase on taxation. We're going to run our people out of town. There's only so much disposable income.

"Understand, somebody wants to put up a new 10,000-square-foot building. Let's use the Hart Store as an example. It's going to be a multi-million dollar increase to their valuation. So that's a multi-million dollar increase to that commercial space. It's going to be about $20,000 a year," he explained. "Are they going to be willing to do it right now that the taxpayers are paying (part of) Hart's bill? But once that goes for Hart, are they going to stay as a tenant, because the cost for taxation is too high?

"We have to be very, very careful on what we're going to spend. And that's where I go back to the comment that our treasurer made that we have to be sustainable.

"I don't disagree with the work that we have to do but we might have to do it in a different timeline. I totally agree with the report that Mrs. Sonnenberg has said we should be reading this, and understanding it, and opening our eyes. We're looking at spending $9.5 million in capital this year. That's all out of reserves.

"So, in order to just keep increasing reserves, we're going to bankrupt our municipality. That's all I can say," Patrie concluded.

He said the city is more than holding its own compared with the tax levies in other other northern Ontario municipalities.

"This is not an onerous amount of money. This is a valid thing we are trying to do. If we don't do it, we're going to be in trouble. We might as well just close down the factory and everybody go home," Pearce continued. "Because we won't be able to sustain the community, and you know it as well as I do. You can't run a business this way and you can't run a community. This way, you have got to have money set aside to make the replacements that you've got to have done.

"It's as simple as that. We're not for the back row or having guys go bankrupt as a community by any stretch of the imagination," concluded Pearce.

"Ms. Sonnenburg has been such a delight to work with. She's been with us for 10 months. The team is coming together and will be in front of you with some options on the overall trends.

"We're the ones with the assets that they're bickering over as to how they roll out the funds. Now with COVID, going online finding when they think it is going to end and when that tap is going to come back to us.

"We need more money for infrastructure and we need to keep lobbying and that's on us. That's on council," Gagnon concluded.

The politicians voted to receive the budget information after about two and a half hours of discussion.

Committee Chair Norman Mann said the next meeting of the Ad Hoc Budget Committee is tentatively scheduled for Monday, Jan. 18.