'Business owners are concerned that customers with mobility issues are forced to walk through a busy parking area, up a challenging set of stairs to get to the current bus stop area,' says director of public works
Oct 16, 2020 2:06 PM By: Brent Sleightholm 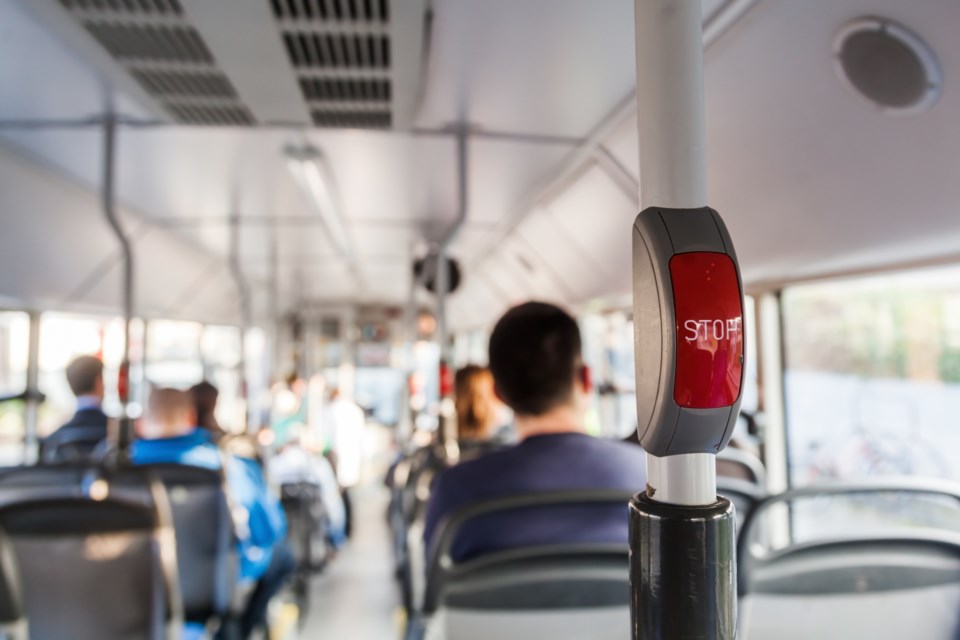 In a written report coming to Elliot Lake City Council's Committee of the Whole (COW) meeting next Monday night, the city's director of public works recommends extending Elliot Lake Transit service as a test project, to the lower plaza downtown.

"The city has received several written requests in regards to the addition of a bus stop in the lower plaza," Darrell Halloch wrote. "Currently passengers in the lower plaza are picked up at the bus stop located in front of the Family Heath Centre on Nova Scotia Walk.

"Business owners in the lower plaza area are concerned that customers with mobility issues are forced to walk through a busy parking area and up a challenging set of stairs to get to the current bus stop area.

"They also stated that with the smaller more compact busses, city transit drivers should easily be able to maneuver their way through the lower plaza parking area without adding significant time to the current schedules.

"Staff is requesting approval from council to further investigate the addition of a temporary bus stop in the lower plaza until a more detailed professional study can be performed in the near future.

"In conclusion, staff will determine the best location to install an additional stop and the cost associated," he concludes. "Staff will also communicate with AJ bus lines to verify that the addition of a new stop won’t result in any significant time delays to the current scheduled routes."

The proprietor of the soon-to-open Sessions Cannabis Shop on Prince Edward Walk, Jason Hamilton, sent a letter of support for the plan.

"As a lifetime resident, and now a business owner in Elliot Lake, I have noticed one glaring deficiency in our public transit. There is no bus stop in the lower plaza area," he wrote.

"I realize that there is a bus stop at the ELNOS building, but I think we can both concede that is a considerable distance from the lower plaza area, and based on the terrain and traffic in the area it is not convenient or safe for people that require accessibility accommodations."

Hamilton continued, "Putting in a bus stop in this area would have great benefits for the people who require public transit and would also be extremely beneficial to the businesses in this area as it would make it more accessible for everyone.

"I believe that is would be relatively easy for a public transit bus to go down into the lower plaza area on Prince Edward Walk, have a bus stop, and use the turnaround immediately in front of the Bank of Montreal. I know that all the businesses in this area would appreciate this, as would members in the community that use public transit."

It's up for consideration at the COW meeting Monday night at 7 p.m. The meeting will take place virtually via ZOOM and will be streamed live on the City of Elliot Lake website.

Plummer township resident faces serious assault charges in domestic incidents
Oct 19, 2020 3:38 PM
Comments
We welcome your feedback and encourage you to share your thoughts. We ask that you be respectful of others and their points of view, refrain from personal attacks and stay on topic. To learn about our commenting policies and how we moderate, please read our Community Guidelines.