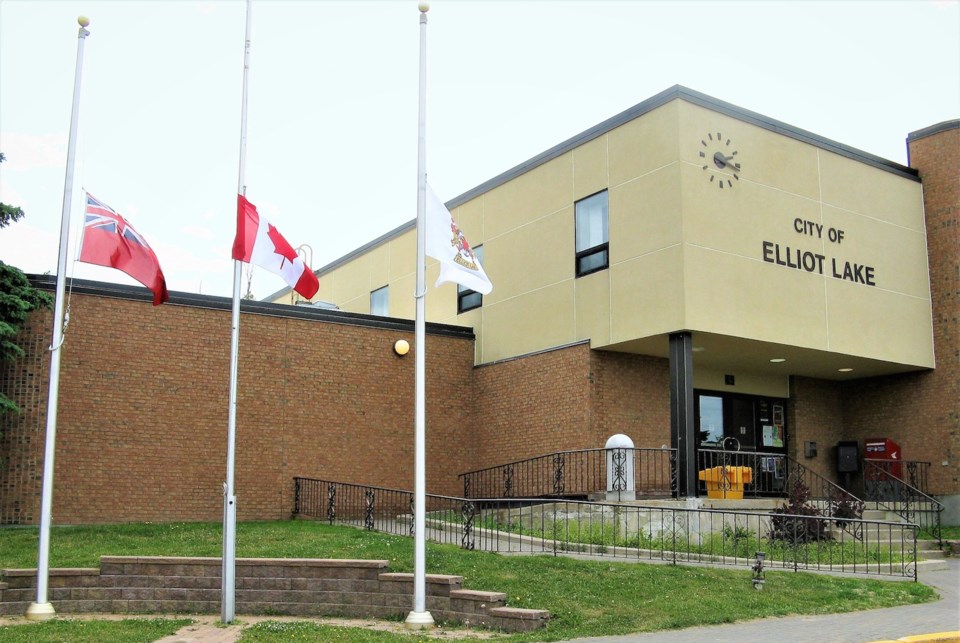 The first from the afternoon virtual session was Council's decision to spend $3,000 on another consultant's study.

Council wants to know whether spending more than $820,000 on full upgrades at the Ruben Yli-juuti Aquatic Centre is a viable option, at this time.

Regardless of the outcome of requests for grant funding, Council decided to spend about $350,000 to replace the failed pool dehumidifier.

What else gets done at the pool will be determined after MET Consultants of Sault Ste. Marie signs off on recommendations for other work. The city's share could be about half that if a grant request is successful.

Other recommended pool improvements include HVAC replacements along with several needed fixes in the building adjacent to Elliot Lake Secondary School.

Coun. Ed Pearce pointed out the pool has already been studied several times,

"Just listening to what Mr. Antunes (Elliot Lake Special Projects Manager Steve Antunes) is saying. It sounds like this is basically duplication of work we've already had done and I'm not sure why.

"We know the work that needs to be done with the pool. So I just don't see the necessity for this quite frankly. And I don't think staff does either," concluded Pearce.

Council's final decision on the scope of the pool work will await the report by MET Consultants.

Regarding the city's arts community, the second Monday item centred on rehabilitating a downtown building for their use.

Council was told that city CAO Daniel Gagnon suggested Elliot Lake make an application for government funding to cover extensive improvements in the building that once housed the former Reel to Reel Cinema structure on Elizabeth Walk.

The money would pay for a number of mechanical and aesthetic improvements in the old building, ranging from electrical to a security system. A preliminary report found the building in poor condition.

Antunes said the realization of Gagnon's vision would help meet the needs of Elliot Lake's arts community for their long-awaited studio, storage and performance space.

Elliot Lake assumed the Reel to Reel building for tax arrears in 2017. After that, the roof was repaired. In 2018 repurposed HVAC units were installed.

The city will go after grant money to do the work that would provide downtown working, performing and storage space for Elliot Lake's arts community.

The idea is to provide local artists with performance and working space on the street level floor.

Subgrade, there would be workshop, production and storage facilities.

Looking at the bigger picture, and providing a rationale for the Reel to Reel plan, Antunes said the best-case scenario is for a start of construction on the new Elliot Lake Arts Hub on Highway 108, in 2024.

The suggestion is that in the short term, after an expected 10-month construction schedule, the refurbished Elizabeth Walk building would provide a base for the arts community.

At the present time, arts groups are spread around Elliot Lake in a number of temporary facilities.

In his report, Antunes suggested that some $400,000 of the nearly $4 million in insurance settlement money received following the collapse of the former Lester B. Pearson Civic Centre on Highway 108, would be in play to support work on the old movie theatre.

The Civic Centre was rendered derelict following a partial roof collapse due to excessive snow and ice load in February 2019.

Regarding the grant for the Arts Hub, Antunes told council, "The former Civic Centre site grant application has been submitted and the best-case scenario sees the Centre opening in mid-to-late 2024.

He went on, "Until that point, arts groups and clubs have no municipal location for a place to practice their crafts.

"This proposed downtown art centre would make use of the former Reel to Reel Cinema, which is a municipal asset.

"The building will feature a small theatre on one side with stadium seating, and then multiple ample workspaces for groups to practice their craft. Up on the second floor, there is a bright, open area, which faces onto Elizabeth Walk," continued Antunes.

"The introduction of an elevator to take people up to the second floor ensures that accessibility is paramount for all of the arts members, and folks within the community.

"Staff are seeking direction for an application to the FEDNOR Candidate Community Revitalization Grant, which will provide up to $750,000 in funding. This of course leaves a delta of $391,250. (Based on the $1.4 Million budget)

"We're not going to be using working funds to borrow the money from. It's coming out of the additional arts funds that were realized through the insurance company and interest earned on that side," concluded Antunes.

He added that later, post opening of the Arts Hub, Elliot Lake would have an additional space for artists plus a small theatre that would facilitate performances not large enough for the use of the 7,000 sq ft theatre proposed for the Arts Hub.