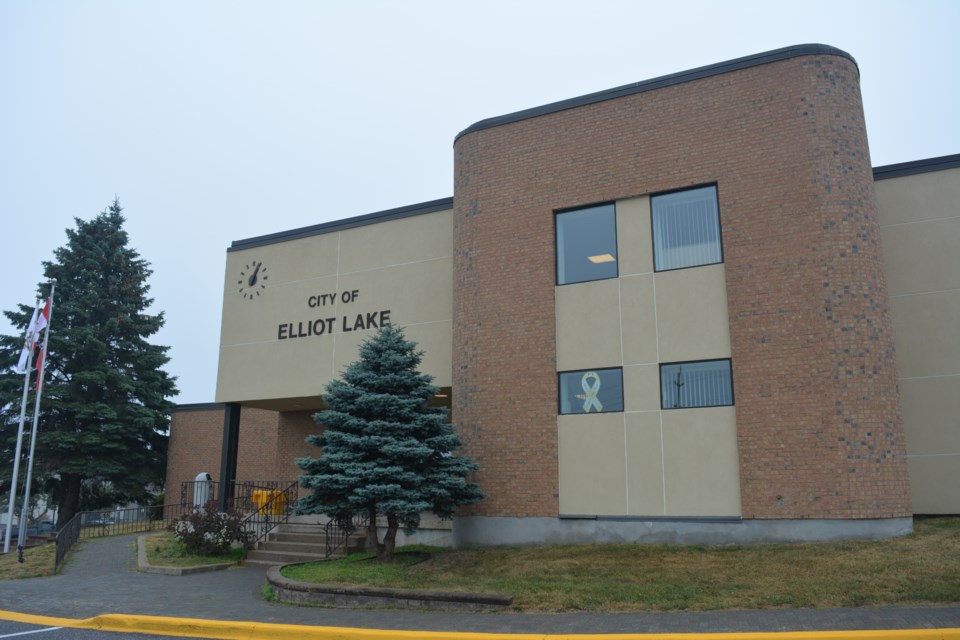 The Province of Ontario has formalized legislation to oversee the conduct of elected local councillors. Many municipalities including the City of Elliot Lake have put in place policies regulating conduct of municipal staff.

Now, the City of Elliot Lake is relying on a local lawyer to provide the framework for a Code of Conduct for the people.

It was explained by city CAO Daniel Gagnon at Monday night's regular city council meeting. He said Douglas Elliott, a human rights legal specialist, was hired to draft the document presented to council.

In his written report, Gagnon outlined the rationale: "Over the years, various situations have arisen where a member of the public has become either belligerent, threatening or otherwise inappropriate causing a concern for the health and safety of staff and/or the general public.

"In some egregious cases, trespass orders are required to prohibit the presence of a member of the public from attending an otherwise public facility or outdoor space.

"The city has a Workplace Violence and Harassment Policy that governs some of this behaviour but there was a lack of a policy to more clearly communicate the terms and conditions for when action is needed to address problematic behaviour by the public.

"Also the Health and Safety guidelines did not cover what could be characterized as human rights concerns where a member of the public could be subjecting staff or other members of the public to discriminatory language or behaviour," Gagnon concluded.

The policy includes examples and the processes in place for staff in dealing with incidents from minor to major cases requiring a trespass order. Only the CAO can issue trespass orders. The policy also covers incidents in writing or over the phone and at special events.

The policy does not cover Stone Ridge Golf Course nor the Mt. Dufour Ski Hill since municipal staff is not directly managing those public facilities.

Councillor Chris Patrie said he was concerned about the breadth of the policies and procedures.

He stated, "I have concerns that this doesn't tie to the Elliot Lake Staff Code of Conduct. This report gives virtually all staff the authority to enforce this. It says in Section 22 there should be a system in place and there's no system in place."

Patrie continued, "Section 31 says to de-escalate and that's one of the main reasons why I want this to be tied tight to a Staff Code of Conduct. It's just too wide open. We are not dictators and this is not a dictatorship."

Patrie concluded, "The only appeal is to write a letter to the CAO and the CAO will read that letter and decide what happens from there. I don't agree with that. If it's going to be appealed, I think the appeals should come all the way to council."

Gagnon explained local Elliot Lake lawyer Douglas Elliott, a partner in the Toronto-based law firm, Cambridge LLP was retained to provide the draft of the Citizen Code Policy for council.

She said, "I think this is an important step. I think abuse is abuse. And I don't think that our staff should ever be subject to abuse.

"I've witnessed at various events with people seeking to not like decisions that are made or whatever's going on that they feel they have the right to take that out on the staff that are working and I don't think that's okay.

"I think the community needs to know that we expect a decorum of behaviour. Staff has their own code of conduct and their own managers and systems in place to take care of theirs. If anything, this should be tied to the health and safety policies to protect our staff," Finamore concluded.

Councillor Ed Pearce said, "We know the lawyer who drew this up and in my opinion, it's one of the best pieces of legislation for a policy that we put in place."

With Councillor Luc Cyr absent from Monday's meeting, council voted five to one to accept the CAO's report.

Mr. Gagnon said he has vetted the policy plan with city staff. He added that Elliot Lake's Staff Code of Conduct will be revisited so the two are properly aligned.