Coastal stewardship co-ordinator for the Great Lakes says that we have a higher density of plastic pollution in the Great Lakes than in many oceanic gyres
Jul 23, 2020 9:06 AM By: Lori Thompson 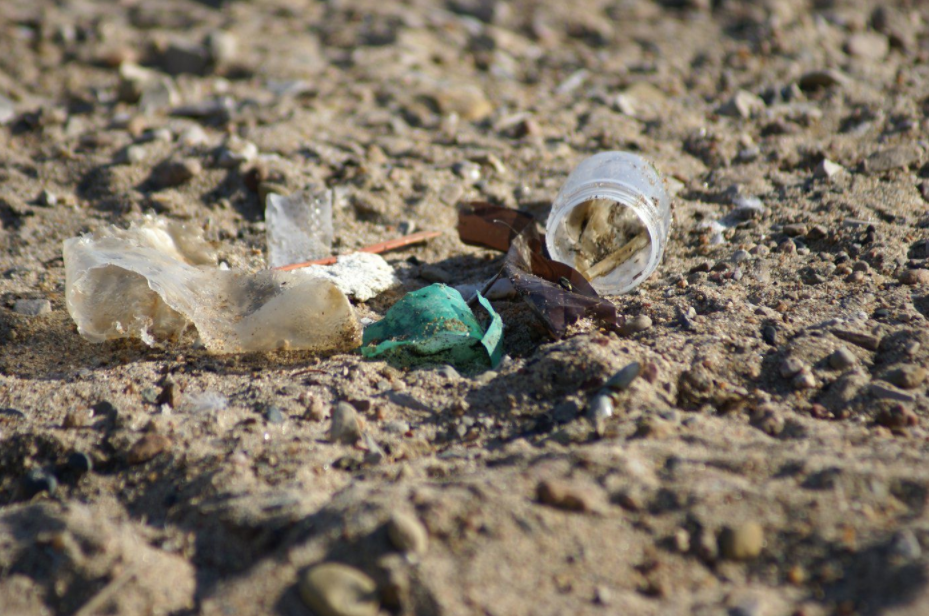 Almost 4,700 kilotonnes of plastics are introduced into the Canadian market annually.

That’s more than 125 kg per capita. Only nine per cent of plastic waste is recycled and 86 per cent ends up as waste in our landfills, according to a report prepared for Environment and Climate Change Canada by Deloitte LLP. A lot of that plastic waste ends up in our lakes and on our shorelines.

“We actually have a higher density of plastic pollution in the Great Lakes than is found in many of the oceanic gyres (the Great Pacific Garbage Patch, for example),” according to Hannah Cann, coastal stewardship co-ordinator for the Lake Huron Coastal Conservation Centre (LHCCC).

“There’s some pretty interesting statistics and the numbers are quite shocking,” she said. “A single load of laundry can release thousands of microfibers which then can end up in Lake Huron.”

“There are many studies now on microplastics which are very, very small manmade fibers, basically lint that comes out of your washing machine, all the way up to 2.5 cm in size and then you get to mega plastic that are very large, like some of the large pieces of foam we’ve found in the Georgian Bay area.”

Plastic pollution is divided into different size categories and researchers study plastic generally based on those categories.

There is, however, a lot of statistical research conducted through beach cleanups all across Canada that are conducted through different environmental non-governmental organizations such as LHCCC. The data is combined through the Great Canadian Shoreline Cleanup that is based out of the Ocean Wise Centre out of the Vancouver Aquarium and they’ve been collecting data for over 10 years.

“We know how many cleanups are happening, for example,” said Ms. Cann, “and what are the top 10 offenders that we’re seeing across the coastlines. The most common items that are washing up, actually 70 to 80 per cent of the shoreline litter that is collected, are actually composed of plastic.”

That can be anything from a fishing net or fishing line to disintegrating children’s beach toys to cigarette butts. “These are all commonly found plastics along Lake Huron’s beach coast,” she said. “The filters of cigarette butts are actually composed of very small fibers of plastic.”

Cigarette butt filters are one of the most if not the most found items across the country for shoreline pollution; cigar mouth tips and lighters are also common.

Cigarette butts can cause serious contamination, Ms. Cann added. “It’s amazing how these small items of plastic will solar degrade because of the plastic and then will also become a magnet for different substances, whether that’s chemicals, nutrients and other things that wash into the lake from other sources.”

When these plastics are consumed by animals or when they bioaccumulate in different coastal environments they actually increase the toxicity of water in that environment as well.

They are hazardous to wildlife not only for the consumption effect but entanglement is another huge concern followed by the bioaccumulation of toxic chemicals in systems of fish and wildlife. They can be hazardous to humans who are simply walking along the shoreline.

July is Plastic Free July on a global scale, noted Ms. Cann. “This is a good opportunity for us to analyze how much plastic we’re purchasing, whether that is goods or packaging or grocery bags.” The first step is to reduce the amount of plastic that we buy, whether by encouraging producers to move away from packaging materials in plastic or to consume less.

The next step is reducing the potential for introduction into our environment. That can be reusing items more frequently or repurposing items once their lifespan is done and then going through the recycling process.

We can ensure that receptacles all across our coastal areas are efficient enough to contain the garbage or we can encourage people to utilize the “pack in pack out” principle: when you go to a provincial park or protected area or even just your local shoreline, expect to carry your garbage back out.

Those kind of societal changes come with time, said Ms. Cann, but can be very effective. The third step is clean it up from the environment. This is the most expensive of the three methods and also the most resource intensive both from a physical and a financial perspective. She pointed to a study from 2015 that calculated it would cost $400 million annually to completely eradicate plastic pollution from the Great Lakes.

“The least costly method is changing the way we shop, changing the items that we buy and then the most expensive is cleaning it up out of the environment. What people can do to reduce microplastics in the environment is to go out and participate in a shoreline cleanup or hold your own, submitting your data to the GCSC website or just by changing the way we buy things, by understanding that higher quality items might have a higher price tag up front but they will hopefully last longer and will be more efficient in our recycling system in the long run.”

“It’s really all of our responsibility to protect the Great Lakes. We have this immense responsibility on our heads not only for plastic pollution but for water quality as well. I think that growing up on the Great Lakes, we take them for granted. It’s only 30 minutes or two hours to get to an amazing, beautiful beach that’s almost oceanic so we often forget that with great beauty comes great responsibility.”

She hasn’t seen any decrease in the amount of garbage LHCCC and its volunteers collect. In fact, she says there’s actually more garbage year over year and it can be disheartening.

“We saw a movement where a lot of companies were moving away from offering single use plastic items such as plastic straws. Some businesses were offering paper straws or no straws, but we’re still seeing a lot of companies that haven’t made those changes so that can be frustrating.”

Balloons are another big problem. Many of LHCCC’s coast watch volunteers send pictures of balloons that have washed up on the shore. “There is this dichotomy of seeing people use something they know is a single use item,” says Ms. Cann.

“Then there are people who are concerned when they’re seeing 10 balloons wash up on their shore in one night. They’re know this needs to be stopped and they don’t know how to go about that. Is it education, is it making a bylaw is it preventing the selling of these items? It’s a challenging thing for us for change consumer habits.”

A positive thing she’s seen is an increase in the number of volunteers who want to get involved in a shoreline cleanup, or in the youth program the organization has recently launched, and that’s a good sign.

“From a professional standpoint you hope that the work that you’re doing is making a change in the world. Some days it doesn’t seem that it matters, that what you’re doing isn’t getting any traction, and other days, people come into our office doing amazing work or businesses approach us for partnerships.” She prefers not to focus on the negative when there’s so much positive out there.

“From using your recyclable bags at the grocery store (another study showed that single use plastic bags are used for only 15 minutes before ending up in our landfills or waterways for potentially hundreds of years), to doing thousand pound cleanups in two hours, understand that it’s all these little changes that add up to the greater good,” says Ms. Cann.

“The changes we make might seem small but when we set the precedent for others and show that changes are possible, it can be an amazing thing. We can all win, people, the environment and the wildlife that this affects.”