CANADA: Are antibiotics over-prescribed during cold and flu season?

Experts say antibiotics in cold and flu season are potentially harmful and seldom helpful
Dec 1, 2020 9:25 AM By: The Conversation 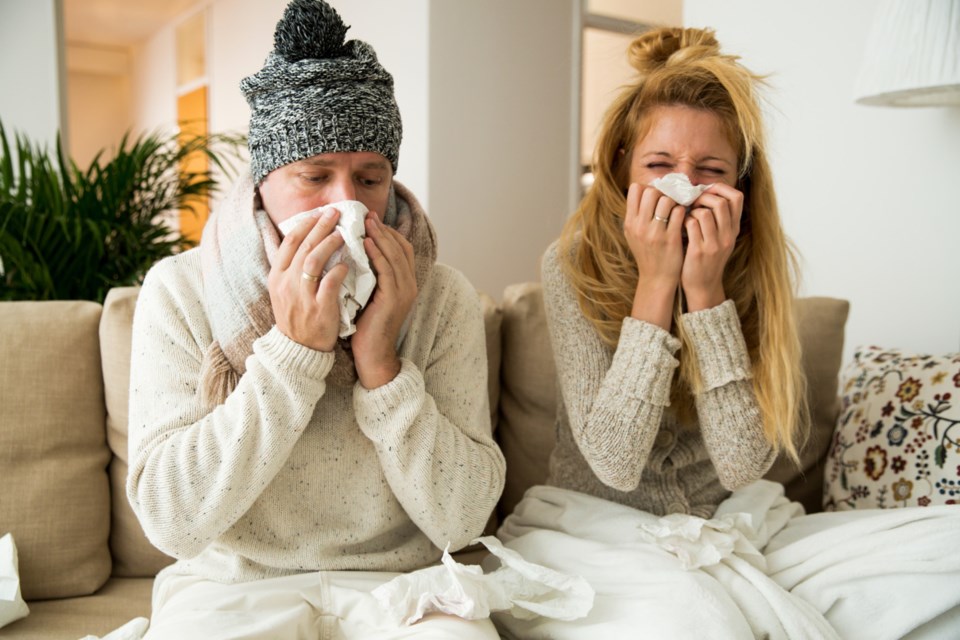 Antibiotics are over-prescribed in Canada and worldwide, often for infections that do not need their help, particularly respiratory conditions. While these unnecessary prescriptions may contribute to the development of resistant bacteria, there is another reason to be cautious about antibiotics: Direct harms caused by these drugs.

Our group — a family physician, an infectious disease specialist and a health sciences student — has published a review of the evidence about adverse effects of antibiotics commonly used in the community. Even though two of us are experienced physicians, and knew about many problems with drugs, we were surprised by the frequency and severity of some of these effects.

The review showed that for many antibiotics, over 10 per cent of patients get gut reactions, such as stomach pain, discomfort or diarrhea. This is particularly common in children given antibiotics for ear and throat infections.

Other allergic reactions are just a skin rash, but this is often very irritating, and in some it may progress to cause severe blistering. Such severe reactions can be caused by sulfonamide drugs, often used to treat urinary tract infections. In Canada, a medication combining the antibiotic trimethoprim and a sulfa drug is often used for this purpose. However, using trimethoprim alone — a common practice in Europe — reduces the risk of allergic reactions.

A severe skin rash occurs in as many as one-third of people given amoxycillin for infectious mononucleosis (glandular fever), a common cause of sore throat in adolescents and young adults. This looks just like an allergy, so these people may be told they are allergic, which prevents use of penicillins even when they would be the best drug to use. A skin test can show that it is not an allergy, in which case penicillins may be used in future.

In rare cases, antibiotics cause other serious reactions, including some that are fatal. They can cause serious damage to lungs, liver, kidneys, nerves and joints. For example quinolones, a common group of antibiotics (the most well known is ciprofloxacin), can cause ruptured tendons and damage to nerves that causes tingling and numbness. Minocycline, often used to treat acne, can cause dark pigmentation of the face, as well as neurological effects.

With antibiotics, the likelihood of benefit must be balanced against the chance of harm they may cause. When someone has a serious infection, it is worth taking the risk of harms, to gain the benefits of cure. But for a mild infection that the immune system will defeat by itself, there is no benefit from the antibiotic, only a chance of harm. So a prescription for antibiotics can be worse than useless.

Antibiotics are among our most commonly used drugs. However, they should not be thought of as necessary to cure any infection. For most infections, they only help to tip the balance in favour of our immune system.

Antibiotics work on bacterial infections such as pneumonia or cellulitis, and these illnesses improve faster with the right antibiotic.

But most coughs and colds, sinusitis, influenza and even COVID-19 are viral infections that the immune system will overcome. While some bacteria may be present, they are not the cause, so there is no value in taking an antibiotic. They do not shorten these infections, nor do they reduce their severity, but they could produce adverse effects that only make matters worse. For coughs and colds, it’s better to seek advice from a physician or pharmacist about treatments that reduce fever, aches and pains, and coughs, while the immune system does its job.

As the fall and winter respiratory infection season approaches, both prescribers and patients must remember how harmful these drugs can be. Antibiotic use should be minimized, and used only when there is good reason. They must be chosen carefully, and when prescribed, they should be taken for the minimum effective time. So rather than visiting a doctor asking for antibiotics, ask whether one could help, and what other treatments will soothe symptoms and reduce the misery.