CANADA: 4 in 10 voters say a minority government is best but most prefer a majority, poll says

The poll also suggested that 36 per cent of voters displayed a lack of enthusiasm for any party
Oct 19, 2019 9:25 AM By: Global News 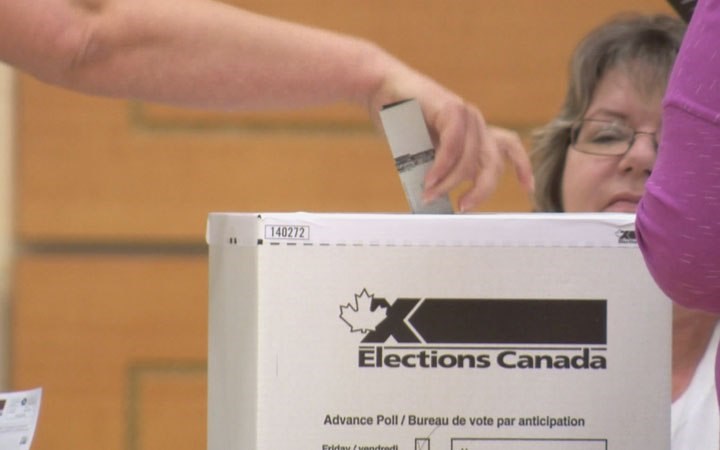 A majority of Canadians do want a majority government after Oct. 21, but close to 40 per cent said the best outcome would be a minority government, according to the latest Ipsos poll.

The poll was conducted exclusively for Global News from Oct. 11 to 13, among 2,204 Canadian adults. It surveyed voters about their desired outcome for this election and the motivations behind their votes.

The Liberals and Conservatives have been more or less tied in polls throughout the campaign, a situation that has caused NDP Leader Jagmeet Singh to raise the possibility of a coalition government and for Green Party Leader Elizabeth May to predict the country is about to elect a minority government.

In order to form a majority government and pass bills without relying on another party’s support, a party needs to win at least 170 seats.

In 2015, the Liberals formed a majority government with 184 of 338 seats in the House of Commons. That number dropped to 177 seats by the time the House rose for the summer in June this year.

More than half (57 per cent) of those surveyed indicated they want a majority government to avoid another election.

Other key figures from the poll showed that in the event of a minority government, half of respondents would support the Liberals governing with NDP support, and close to half (45 per cent) would like to see the unlikely scenario the NDP governing with Liberal support.

Support for the Conservatives governing backed by the NDP was slightly less, at 41 per cent.

Ipsos vice-president Sean Simpson said that a recent rise in support for the NDP has made strategic voting a reality in this election campaign.

A poll from Tuesday shows the NDP climbed five points in the past week, at the expense of the Liberals and Tories, who remained in a statistical tie.

“Vote splitting is a real phenomenon in this campaign, particularly with Jagmeet Singh’s NDP surging five points in the last week,” Simpson said.

The poll questions respondents’ motivations for casting their vote a certain way. It found that four in 10 (38 per cent) cited “some other motive” for voting strategically, with 19 per cent saying they’re voting to ensure another party does not win and 13 per cent saying they are casting a protest vote.

Simpson said it remains to be seen “whether or not they’re actually able to pull it off.” You’d need to know how a riding is doing, he explained — a difficult task when most ridings in Canada don’t have riding level polls.

A common assumption among people is that a strategic vote is a vote for the NDP, but Simpson challenges that, saying it’s “too simplistic.”

“In some cases, it might mean voting for the Liberals or even the Green Party, if you think they’re in second place and have the best shot of defeating the candidate that you don’t want to see win,” he said.

The poll also showed that 36 per cent of voters displayed a lack of enthusiasm for any party, indicating they don’t really like any of the parties. Two in 10 (20 per cent) said they would wind up voting for someone who isn’t their first pick but is poised to win, with 28 per cent of Liberal voters saying this describes their motivations.

The full data for this poll can be found here.

Exclusive Global News Ipsos polls are protected by copyright. The information and/or data may only be rebroadcast or republished with full and proper credit and attribution to “Global News Ipsos.” This poll was conducted between October 11 and 13, 2019, with a sample of 2,204 Canadians, with 1,504 from Ipsos’ online panel and 700 interviewed by phone. The precision of Ipsos online polls is measured using a credibility interval. This poll is accurate to within +/- 2.4 percentage points, 19 times out of 20, had all Canadian adults been polled.