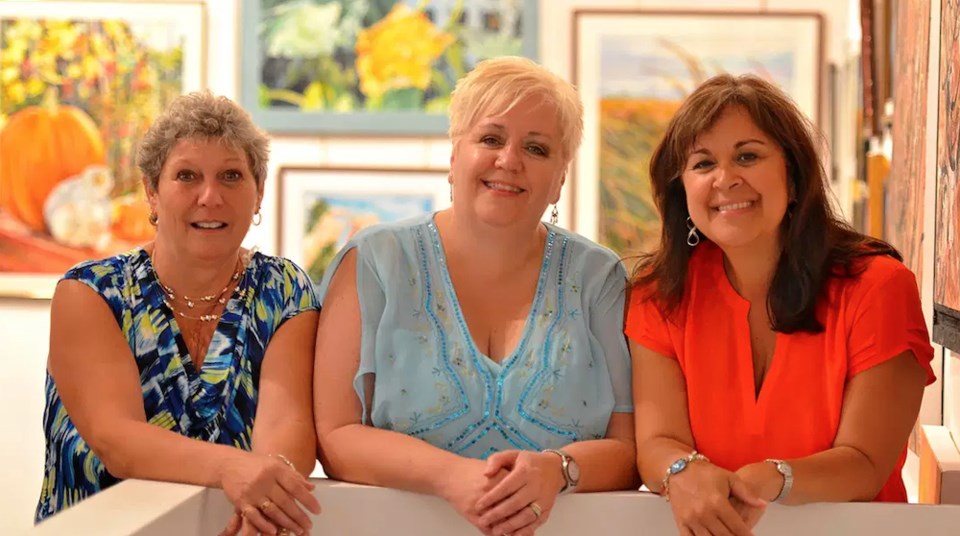 NEWS RELEASE
WOMEN IN SONG
*******************************
All-female Blind River, Ont.-based singer/songwriter trio Women in Song reflect on the hopes and dreams of their parents who have suffered from, and eventually and sadly succumbed to Alzheimer’s Disease in this, their new single, But I Knew Her When, available now.

The touching and ethereal song is the latest to land from the Ontario-based all-female group’s debut LP, Life of a Woman.

But I Knew Her When is a prime example of what to expect from Women in Song.

It takes chunks of inspiration from the likes of folk, pop and country music and fuses them all together into something beautiful, and features an astonishing progression of chorus-heavy chords on the acoustic guitar, the soothing melody of an airy violin, and the beautiful, yet haunting vocal harmonies of singers Lois O'Hanley-Jones, Debbie Rivard and Patty Dunlop.

Women in Song are based out of the small town of Blind River, Ont. – just off the North Shore of Lake Huron – and began performing together over 20 years ago after a conversation at the kitchen table.

Though the tightly-knit troupe has been together for more than two decades, Life of a Woman serves as their premiere studio album. The record was released in mid-January, and inspired by the ladies’ respective families, friends and fans — from near and far. The concept of the 13-track album, according to the talented musicians, is the “reflection of the reality of our lives.”

“It speaks to women having a career and a family, having arguments with their children, having our children leave home and ultimately that we are good enough,” the trio revealed. “Our album is a perfect homage to women — to the Life of a Woman — as the title suggests.”

Along with the rest of the album, But I Knew Her When was written, recorded, and produced in Blind River at the local Riverview Studios. The ladies like to call the charming hamlet the “Nashville of the North.”

Succinctly describing what they’re all about, the group called Women in Song a “musical experience that aims to delight your musical sensibilities and tickle your funny bone.”

“We are fortunate that not only are we musically compatible but we are good friends. Every rehearsal contains tears and laughter,” the ladies concluded.

Life of a Woman and But I Knew Her When are available via streaming and hard copy by way of their website now.