BEYOND LOCAL: People with depression are often told to exercise. What if they can’t?

The notion that physical activity helps patients with depression has been well documented in medical research, however, the motivation and energy needed to exercise are often directly at odds with the symptoms of a mood disorder
Nov 12, 2019 9:25 AM By: Global News 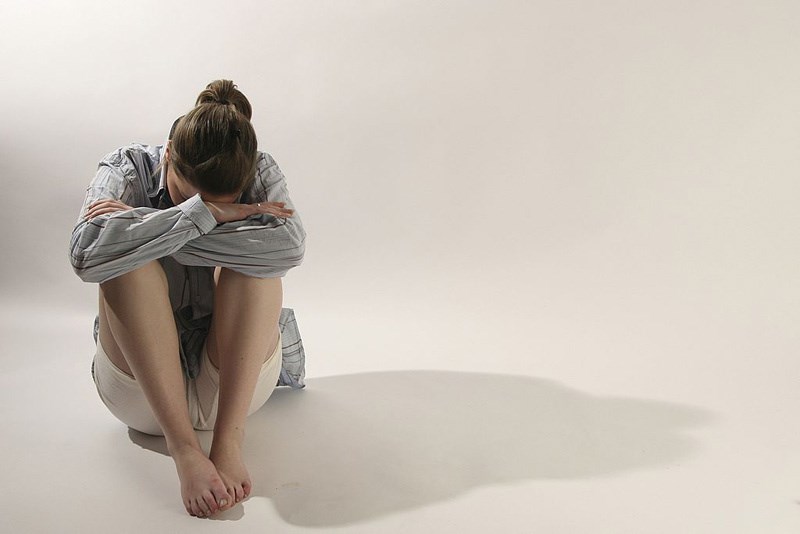 Cara moved with her family to a new city and a new high school when she was 16.

Soon after, she began to experience sadness, irritability, isolation and withdrawal. The teen was eventually diagnosed with depression. (Her last name as been omitted to protect her privacy).

Along with therapy and a low-dose antidepressant, her doctor recommended exercising two to three times per week for at least 30 minutes to elevate her heart rate.

Cara found the exercise component intimidating. At the time, the only physical activity she did was at school a few times a week, but her depression made it difficult to do even that.

The notion that physical activity helps patients with depression has been well documented in medical research: in fact, a 2011 study found that “exercise compares favorably to antidepressant medications” as a way to treat mild to moderate depression. However, the motivation and energy needed to exercise are often directly at odds with the symptoms of the mood disorder.

Vincent Agyapong has seen this vicious cycle in his research.

He’s a clinical professor in the department of psychiatry at the University of Alberta, and he’s currently studying the impact of exercise in the treatment of depression when compared to to treatments like medication and therapy.

“We know that, when people are depressed, there’s a chemical imbalance in the brain involved with chemicals referred to as neurotransmitters,” said Agyapong. These include serotonin, norepinephrine and dopamine, among others.

“We don’t know why there’s a shortage of these chemicals in the brain, but that’s usually what brings on the symptoms of depression or anxiety.”

The good news: the act of exercising promotes the development of these chemicals, leading to more neurotransmitters in the brain. Ultimately, this can have the same effect as taking antidepressants, according to Agyapong.

However, the chemical imbalance can cause symptoms like loss of appetite, change in sleeping habits or isolation, irritability, feeling of guilt or worthlessness, losing interest in things over time and trouble concentrating — all of which are not conducive to going for a run. Cara experienced this first-hand.

“The team I was a part of at school practiced twice a week and it wasn’t intense for the whole time, but this alone seemed hard enough to handle,” she said.

“I was daunted by the thought of having to find the time or activities in my current mindset and energy level.”

Walking became Cara’s most reliable form of physical activity, because it helped clear her mind and it didn’t require much energy.

Deidre Olsen, who was diagnosed with depression in 2016, says her willingness to exercise fluctuates with the state of her mental health.

“I’m the kind of person who is able to exercise a lot over a few months, but then stop altogether,” she said. “This is usually because my mental health is doing well, so I’m able to motivate myself to exercise.”

When her symptoms of depression are especially bad, she focuses on managing her “basic needs” — like eating, sleeping and going to work.

“Depression means I need 10 hours of sleep to function normally because my body is so exhausted from emotional pain,” said Olsen. “I need to feel energized and motivated before I exercise.”

The diagnosis shouldn’t be the same for every patient

Olsen says she has been told several times to exercise as a way to manage her depression, but that she finds those recommendations harmful.

“I need to do things on my own time, [but] I understand it can be beneficial for some,” she said.

“Earlier this year, I was going to spin classes … I absolutely love [them] because [they] feel more fun than [like] work. In one class, I had to fight through tears to even participate because my internal struggle was so hard.”

“I routinely have self-defeating thoughts telling me I’m too inadequate to try and should just give up.”

Amiee Wilson, a registered counselling therapist in Sydney, N.S., says one person with depression can have a vastly different experience from the next person — and treatment should reflect that individuality.

“It’s a very easy thing … for doctors to say, because they know [exercise] actually does help. But … it’s counter-intuitive to somebody with depression who has a hard time getting out of bed in the morning,” she said.

In her practice, Wilson’s first step is to always find out how depression is uniquely impacting the patient sitting in front of her and going from there. Instead of recommending more physical activity from the outset, she tries to determine what would work best in these specific circumstances.

“That’s why I always look at a client’s whole history and background. It’s not cookie-cutter whatsoever.”

The need for more doctor guidance

Now 23, Cara recognizes that exercise is crucial for treating her illness — but that the nature of depression can sometimes make it impossible.

“It has become increasingly clear to me that exercise should be prioritized in my treatment. This is a very, very hard thing to admit to myself, because I don’t find it easy to do,” she said. “I’m always frustrated by the reality that exercise is an effective treatment for depression, because it is in such conflict with how the disorder manifests.”

Now, Cara focuses on finding a balance between exercise and rest. “I do experience relief in the hours or days afterwards, but I also don’t force myself if I’m feeling particularly unable,” she said.

“It’s a difficult balance. Sometimes when I’m really low is when I need it the most, but sometimes that’s when I need to allow myself to rest.”

In Agyapong’s opinion, a doctor should’ve been there to help Cara with this struggle from the beginning.

Agyapong recommends not only prescribing exercise for patients with depression but helping them find a gym or a trainer or a class that works for them.

“We also find that [exercising] in groups helps because some people get to know [others],” he said. This has been proven to not only assist with the chemical imbalance but also offset some symptoms of depression, like isolation.

“For others, it would be useful to involve family members,” said Agyapong. This often holds the patient accountable and makes them more likely to participate than if they were exercising on their own.

Whatever form of physical activity works best for the patient, Agyapong says the physician should be available for guidance and assistance for the entirety of treatment — or at least until the patient is comfortable exercising on their own.

With files from Arti Patel

If you or someone you know is in crisis and needs help, resources are available. In case of an emergency, please call 911 for immediate help.

The Canadian Association for Suicide Prevention, Depression Hurts and Kids Help Phone 1-800-668-6868 all offer ways of getting help if you, or someone you know, may be suffering from mental health issues.