BEYOND LOCAL: Pads and tampons can harm the environment. Are there alternatives? 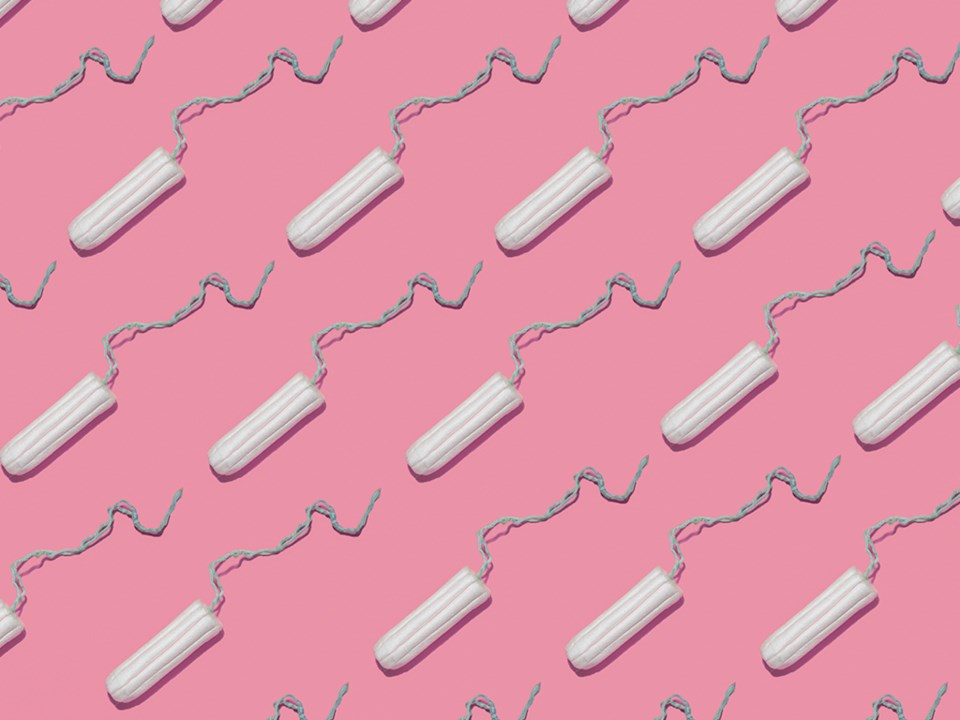 Menstruation can be an unpleasant, emotional and painful experience. That time of the month can also be costly — and wasteful.

Menstrual pads are made up of up to 90 per cent plastic and nearly all tampons contain some plastic, according to U.K. organization Friends of the Earth.

Over the course of a lifetime, a person who menstruates is predicted to throw away roughly 400 pounds of packaging from these products, and those harmful plastics often end up in landfills, sewer systems and waterways.

The impact of this waste is such that environmental groups are asking the Canadian government to include tampons in its ban on single-use plastics, scheduled to take effect in 2021.

“Single-use plastic has a big footprint, both when it’s made and when you throw it away,” said Dianne Saxe, former environmental commissioner of Ontario.

The environmental impact of pads and tampons

Standard period products — pads and tampons — are problematic because many of them are made using single-use plastics and conventional cotton, Saxe said.

“There’s a huge carbon footprint that goes into making [these products], and then they get thrown on the ground, washed into rivers, eaten by fish,” Saxe explained.

“When they become litter, they do immense harm. They take a long time to break down and in the meantime, they’re ugly, they choke fish, they block waterways.”

According to the report, 29,000 tonnes of plastic garbage — the equivalent of about 2.3 billion single-use plastic water bottles — ended up as litter in Canada in 2016. The garbage was found on beaches, in parks, in lakes and even in the air.

Cotton, which is often used in both pads and tampons, is also environmentally taxing.

According to the World Wildlife Organization, cotton production requires the use of harmful agrochemicals (especially pesticides), high levels of water consumption and the conversion of habitat to agricultural use.

“What answers are there?” Saxe said. “Well, menstrual cups and sponges are the obvious ones that come to mind.”

According to a 2018 report, 59 per cent of people who have periods are either using some form of reusable product or are considering it.

Siemens said Lunapads, which was founded in 1993, works with a local firm to repurpose all textile scraps.

“We’re proud to say that over 6,500 pounds of waste has been diverted from landfills so far since starting this program,” she said.

When asked about consumer feedback, Siemens said Lunapads products have been received really well by people who menstruate.

“Certainly, in the early years, it was a difficult conversation to have, but now … talking about periods has become very normal,” she said.

Another popular alternative to pads and tampons is menstrual cups.

Menstrual cups are sanitary products that collect blood flow instead of absorbing it. Like tampons, they are inserted into the vagina and should be emptied every four to 12 hours. The cups themselves can last up to 10 years.

Dr. Yolanda Kirkham, an obstetrician-gynecologist at Women’s College Hospital, previously told Global News menstrual cups are also economical and environmentally friendly compared to other products. She added they have been around for decades; the versions today just look and feel different.

“They’re usually made with medical-grade silicone,” she said.

There are currently two types on the market: a vaginal cup, which is generally bell-shaped, and a cervical cup, which is placed around the cervix high in the vagina. Vaginal cups are more popular.

While there is interest in reusable products and other period alternatives, Jana Girdauskas says there needs to be more education for young people and parents. She’s the founder and director of The Period Purse, a Toronto-based charity working to reduce the stigma surrounding periods.

“We’re learning that parents don’t know about reusable options [or] how to use them if it’s not their period product of choice,” she said.

Educating parents about more sustainable period products is important, Girdauskas said, as it encourages both parent and child to seek reusable options.

“We’ve seen when a mom uses reusable period products, their daughter is more likely to.”

Unfortunately, period alternatives aren’t available to everyone for a variety of reasons. Experts say it’s critical to consider accessibility in this discussion.

“The way I usually position it is that if you have a choice, you have to make the choice to consider the environment,” said Amanda Laird, host of the podcast Heavy Flow. “At the same time, I recognize it’s not a one-size-fits-all solution.”

Laird notes that for many people, switching to menstrual cups or period underwear isn’t feasible.

“The reality is the products that are more environmentally friendly … are going to be more expensive,” she said. It’s also possible that some people with physical disability are unable to “reach their cervix to insert a menstrual cup.”

Some people who menstruate may also struggle with stress related to trauma from experiences like sexual abuse or pregnancy loss.

“Not everybody wants to interact with their menstrual blood,” Laird said.

“There are a lot of reasons why people can’t use a cup, and that’s absolutely fine. We should have disposable options for those who need them.”

As with other environmentally harmful practices, experts say the real change must come from major players in the industry.

Ultimately, one individual can only make a fraction of the impact a large company can, said Jane McArthur, an environmental sociology researcher and PhD candidate at the University of Windsor.

McArthur said that while consumer decisions are important, a system-wide response would help eliminate the harmful chemical components and single-use plastics found in menstrual products.

“If we continue to place the focus on menstruation as environmental harm that is perpetuated by women and the products they ‘choose,’ we miss the opportunity to recognize that the production and sale of products that contain damaging products are driven by industry and lax government oversight and is largely out of individual women’s hands,” McArthur said.

“Just as with the climate emergency, we must adopt systems-level strategies that stop the harm before it can even start.”

— With files from  the Canadian Press & Global News’ Arti Patel

Good morning, Elliot Lake!
Apr 4, 2020 6:00 AM
Comments
We welcome your feedback and encourage you to share your thoughts on this story. We ask that you be respectful of others and their points of view, refrain from personal attacks and stay on topic. To learn about our commenting policies and how we moderate, please read our Community Guidelines.