COVID-19: Coronavirus numbers are surging in Canada. But who’s getting sick and why?

With restaurants, bars, smaller workplaces, universities and other schools reopened, there is more opportunity for youth to get sick
Sep 24, 2020 8:55 PM By: Global News 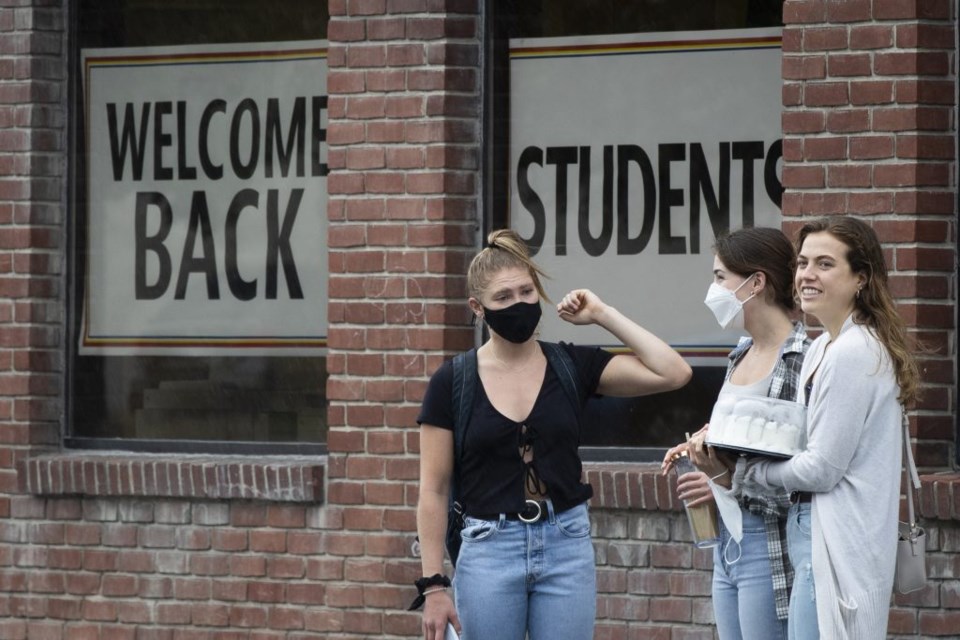 As Canada grapples with rising novel coronavirus numbers, experts say mounting evidence points to young people as the driving force behind the spike in cases.

The data doesn’t lie. The latest available data from the Public Health Agency of Canada showed 56.6 per cent of those who tested positive for the virus were younger than 50 years old.

People aged 20-29 accounted for “the largest proportion of cases,” the agency said in its weekly epidemiology report.

“Incidence rates in those 20 to 39 years of age remain consistently higher compared to all other age groups.”

The agency wrote this could be due to having to return to work, where that age bracket makes up a majority of the service industry, as well as reduced social distancing among young people or general “fatigue with physical distancing and other public health measures.”

“This is not a surprise,” said Colin Furness, an epidemiologist with the University of Toronto. “That’s the group that has suffered socially the most in a lot of ways.”

Furness said he’d noticed trends among servers, but that young people may have also become complacent to COVID-19 measures in trying to “make the most” of the end of their summers.

With restaurants, bars, smaller workplaces, universities and other schools reopened, there is more opportunity for youth to get sick, he said. But when it comes to returning to work, for businesses able to work remotely Furness said “it’s better to stay put.”

While the PHAC noted most confirmed diagnoses reported in schools and daycares were individual cases, rather than examples of community transmission, the agency said confirmed infections have been increasing since August.

Furness said going back to school was “very important” for children’s mental health, and would be economically beneficial for parents — “predominantly women who then get excluded from their jobs.”

From an infection control standpoint, Furness said it was more likely that schools were going to reflect how the pandemic had been affecting each school’s community.

He also said some provinces should have either chosen to reopen bars or schools — but not both.

“It’s risky to open schools, so we should be doing something to compensate for that.”

Cynthia Carr, a Winnipeg-based epidemiologist with EPI Research Inc., said it was inevitable that — even in Canada, where community spread is under control in most provinces — returning to school would at least in some part drive up COVID-19 cases.

“Once you put people together in a room for a long period of time, there’s opportunity for infection to spread,” she said.

Carr said the surging numbers may look daunting, but are actually on par with Health Canada’s projections, which estimated the country would see a fall peak in September.

This is important, she said, as according to Health Canada, the country should expect to see a rise in diagnoses, but low rates of hospitalizations or deaths due to the age demographic making up the majority of people getting sick.

The challenge, said Carr, is what she called an “epidemiological lag.”

“In a week or two, will we see an increase in outcomes such as hospitalizations and deaths? That’s what we want to avoid, because this increase in cases (can lead) to infection within our vulnerable residents,” she said.

Experts warned Canadians may not have seen the end of surging cases.

Dr. Howard Njoo, Canada’s deputy chief public health officer, said Tuesday it would be difficult for him to declare whether or not the country was in the midst of its second wave of the virus.

“Canada is a big country. All regions are different,” he said, adding that officials have confirmed a second wave in Ottawa.

Dr. Andrew Morris, infectious disease physician at Mt. Sinai Hospital in Toronto, said the influx in cases the country was seeing now “will probably go on steroids in the next couple of weeks — unless something is drastically done.”

“We will see increasing and accelerated growth over the next couple of weeks despite any measures that the government may do over the next week,” he said, identifying initial provincial challenges with testing, contact tracing and isolating patients as factors leading up to rising numbers.

On whether the country was prepared for a second wave, Morris said: “Not a chance.”

In order to successfully navigate through a second wave, Morris said federal and provincial governments were going to need to step up their testing, open more COVID-19 assessment centres and stock up on ventilators and personal protective equipment.

“Without a proper surveillance and screening strategy, it makes it very difficult for us to properly use our testing capacities,” he said.

“If you don’t have one of the fundamental aspects which is testing and that is both collecting the tests, assessment centre abilities and lab capacity… then you’re in trouble,” he said.

COVID-19: Ontario seems to be moving away from worst-case scenario in 2nd wave, officials say
Oct 29, 2020 4:26 PM
Comments
We welcome your feedback and encourage you to share your thoughts. We ask that you be respectful of others and their points of view, refrain from personal attacks and stay on topic. To learn about our commenting policies and how we moderate, please read our Community Guidelines.