Vale, KGHM in Sudbury have both received the tech and are testing it out
May 1, 2020 8:00 AM By: Arron Pickard 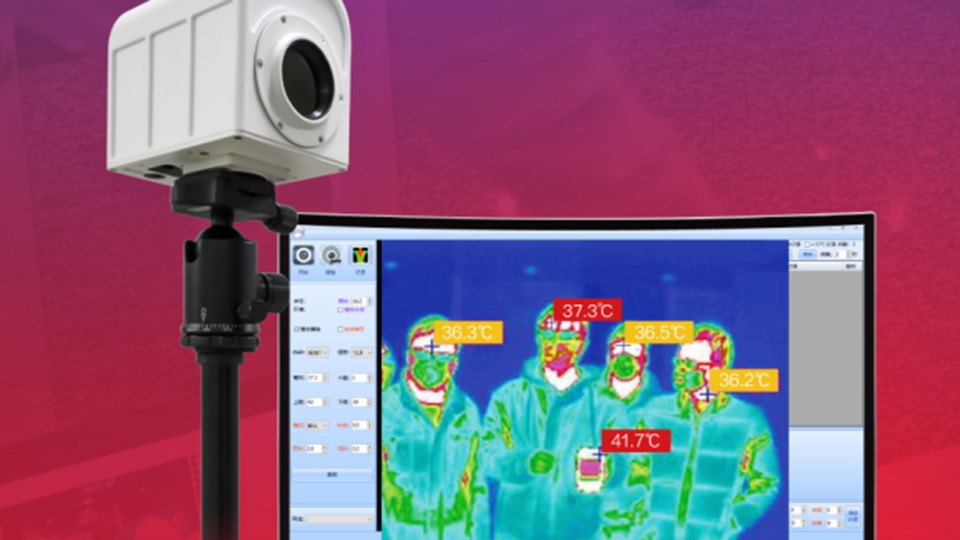 Ontario-based Provix Inc. has redirected its camera technology to detect body temperatures in response to the COVID-19 pandemic. (Supplied)

A number of mining companies in Greater Sudbury and across Northern Ontario are going to greater depths to screen their employees for symptoms of COVID-19.

Mines have been deemed essential services, and while a number of companies have suspended operations for the time being, others have taken measures to prevent the spread of the virus, like limiting the number of staff on crews.

Right now, a lot of mine sites and other companies are screening workers by taking a manual temperature with a handheld body temperature device, which creates a greater risk of spreading the virus.

That’s why some companies have turned to Ontario-based company Provix Inc. and what it is calling its COVID camera technology.

It can quickly read the body temperature of multiple people as they are moving through the camera’s range. If anyone shows a body temperature higher than 37.3 degrees C, the device activates an audible alarm. Typically, when a person’s temperature is above 37.3 C, that is an indication they are feverish, said Karly Winfield, technical sales consultant with Provix Inc.

“It's used to detect people's temperatures and send an alert to say someone's temperature has exceeded the normal temperature,” she said. “This doesn't specifically say someone would have COVID-19, but it would identify that they have a fever.”

Fever is one of the three main symptoms of COVID-19. A cough and shortness of breath are the other two main symptoms, but less frequent symptoms include sore throat, runny nose, loss of smell or appetite, among others.

Vale and KGHM are two miners in Greater Sudbury that have purchased the technology.

Vale spokesperson Danica Pagnutti said the company received a COVID camera this week, but is still testing it to determine suitability for its operations.

Neil Milner, KGHM’s project manager for its Victoria project in Sudbury, said his company is also setting up the technology, but was waiting for confirmation from his head office before being able to speak on it.

“So this is meant to be a proactive solution to help determine whether someone has a fever temperature, and if they do, to prevent them from coming into work and exposing others,” Winfield said.

The system has the ability to scan many people at once — 20 to 30 people with the top model — and it is ready to be deployed in crowded areas such as railway stations, subway stations, airports, hospitals, factories, mines, shopping malls, supermarkets, hotels, schools, stadiums and other public places with a large population that is moving through the area.

Provix said the system can store up to 10,000 records, which includes temperature information and identity information, and allows for video preview, playback, alarm management, electronic mapping and other functions.

It can also be tied in with an access control system, like gated entrances or locked doors, that would only be opened if people passed and had a normal temperature.

The technology itself isn’t new. In fact, it has been around for many years, said Winfield. Provix’s camera systems are designed for operations in drilling, mucking, hauling, blasting, tramming, loading and rescue operations, but the company has re-engineered it to help detect infections that could be linked to the COVID-19 virus, said Winfield.

The cameras can be tailored to suit any size business, and it doesn’t have to be mining or industrial. Single-person cameras could be set up at offices, or places like grocery stores, and could help prevent people who are contagious from spreading whatever virus they might have, Winfield said.

“Regardless of the pandemic that's going, there are still people who have fevers and still go out in public, where there are people with compromised immune systems,” Winfield said. “People who are sick should not be going out in the public.”

Surprise council meeting in chambers sees half attendees bare-faced
Jul 13, 2020 9:55 PM
Comments
We welcome your feedback and encourage you to share your thoughts. We ask that you be respectful of others and their points of view, refrain from personal attacks and stay on topic. To learn about our commenting policies and how we moderate, please read our Community Guidelines.