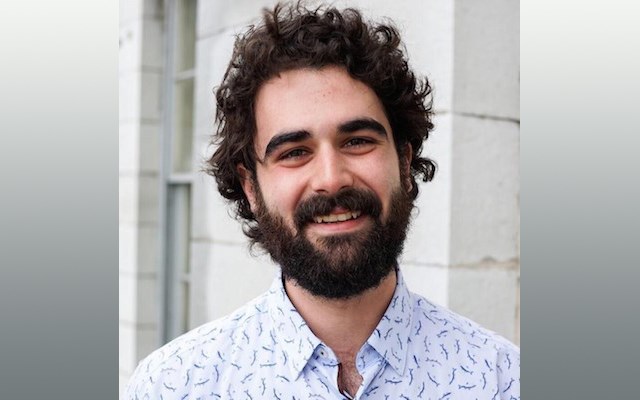 Following Wednesday morning's announcement that Prime Minister Justin Trudeau had dropped his writ to trigger a federal election on Oct. 21, Algoma-Manitoulin-Kapuskasing (A-M-K) Green Candidate Max Chapman announced the official launch of his campaign. It will take place at Maja’s Garden at 6152 King Street in Mindemoya at 6 p.m. on Friday.

Green Party officials say the momentum behind the Greens in the region is growing and they're issuing an open invitation to the launch, to meet the candidate, discuss the issues and assist in building Green Party support.

During the launch people will be able to hear Max Chapman speak. Chapman told ElliotLakeToday, “This is an exciting time for us. Already we’ve seen momentum growing behind our campaign. I look forward to seeing everyone at the event.”

He is trying to thwart NDP incumbent A-M-K MP Carol Hughes in her drive for re-election to a fourth term in the riding. Other candidates with the same goal in mind over the next 40 days will be Conservative candidate David Williamson and Liberal Party standard bearer Heather Wilson.

Minority government a chance to show the need for electoral reform: Hughes
Oct 22, 2019 9:03 AM

Local students pick Carol Hughes to represent Algoma-Manitoulin-Kapuskasing
Oct 21, 2019 10:17 PM
Comments
We welcome your feedback and encourage you to share your thoughts on this story. We ask that you be respectful of others and their points of view, refrain from personal attacks and stay on topic. To learn about our commenting policies and how we moderate, please read our Community Guidelines.