Possible witnesses have been identified and police are continuing to investigate
0
Sep 14, 2018 9:22 AM By: BayToday Staff 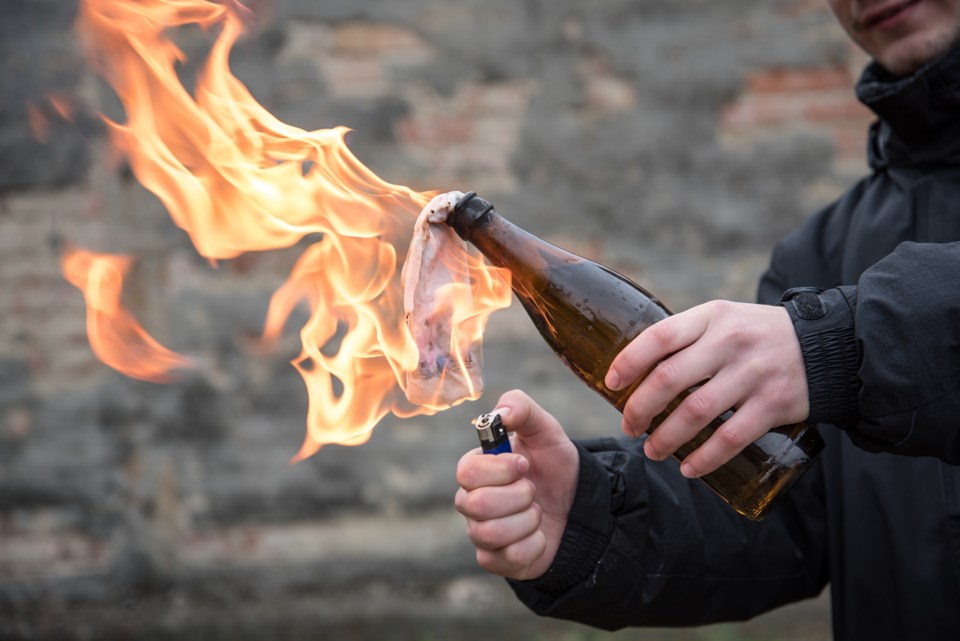 An example of a Molotov cocktail. File photo.

NORTH BAY - The North Bay Police Service is investigating a report from an Exeter Street business that a bottle, containing what appeared to be some type of wick, had been thrown through an office window Wednesday night.

There was no resulting fire.

Police have viewed video surveillance. Possible witnesses have been identified and police are continuing to investigate.

No more information has been released.

A Molotov cocktail, also known as a petrol bomb or bottle bomb, is a generic name used for a variety of bottle-based improvised incendiary weapons.

Anyone with information that may help with this investigation is asked to call the North Bay Police Service at 705-497-5555.

CANADA: Feds to update efforts to procure COVID-19-related protective equipment
May 26, 2020 8:38 AM

COVID-19: Worries grow that consumers won't come back to malls
May 25, 2020 5:20 PM
Comments
We welcome your feedback and encourage you to share your thoughts. We ask that you be respectful of others and their points of view, refrain from personal attacks and stay on topic. To learn about our commenting policies and how we moderate, please read our Community Guidelines.