An eastern Ontario bus driver says she acted on pure instinct when she hustled seven kids off a school bus moments before it burst into flames.
0
Jan 24, 2020 7:20 AM By: Canadian Press 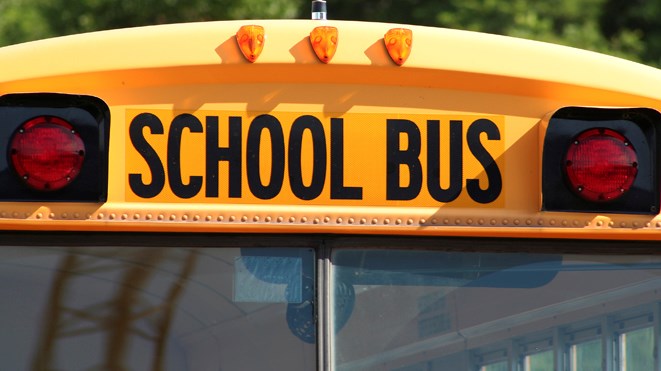 An eastern Ontario bus driver says she acted on pure instinct when she hustled seven kids off a school bus moments before it burst into flames.

Paulette Rossi says her maternal impulses kicked in earlier this week when she noticed a wisp of smoke coming off the bus she was driving near Cornwall, Ont.

She says she immediately hurried seven elementary school-aged children off the vehicle with their belongings before notifying her employer that there may be a mechanical issue on board.

The 61-year-old says she was shocked at how quickly the bus was consumed by fire, and she's grateful no one was injured in the blaze.

While her employer and community members are praising her for her quick thinking, Rossi says she's reluctant to take credit for simply doing what came naturally.

"It's just a mother instinct," Rossi said in a telephone interview from her home in Long Sault, Ont. "You just get the kids to safety and do what you've got to do."

Rossi has spent roughly the past year and a half driving a fixed school route for Roxborough Bus Lines, a company covering a large swath of eastern Ontario.

She said her drives, which usually include about 20 kids, have been mostly uneventful — until Monday afternoon when she was returning children home from a local French-language elementary school.

Halfway through the route, she said she became confused when her horn started honking erratically.

"I started looking at my gauges on the bus and nothing seemed like it was overheating. Then all of a sudden, out of the corner of my eye, I saw a little willowing of black smoke," she said. "And I thought, 'Whoa, this is not good, we've got to get out of here.'"

Rossi said seven children, ranging from kindergarten-aged to about 12, were on the bus at the time.

With help from the eldest student on board, Rossi said she corralled the kids in an area fairly far away from the bus before heading back to the vehicle to call Roxborough dispatch.

At that point, Rossi said the wisp of smoke had turned into a small tongue of flame in an area above the driver's seat.

She rushed off the bus and moved the children even further away from the vehicle, during which time the fire spread rapidly. Moments later, she said she saw flames pouring through the bus windows.

Rossi said the vehicle is now "a crisp," and the cause of the fire is under investigation.

Roxborough dispatched a replacement vehicle to collect driver and passengers within minutes, and according to a company statement all students were safely back at home about 10 minutes after their usual drop-off times.

"Roxborough Bus Lines would like to commend the reaction and quick thinking of our driver in ensuring the safety of the students," the company said in a statement posted to Facebook.

Rossi said the incident was eye-opening for her, adding she's become more vigilant about turning off lights and checking the gas fireplace in her home since it happened.

She said the fire also reinforced the value of teaching children evacuation procedures, which she said the students were familiar with and made use of on Monday.

"You take this evacuation training and you say, 'Oh, that'll never happen,'" Rossi said. "Well, you know what? It happens, and it happens very, very fast."

This report by the Canadian Press was first published Jan. 23, 2020.

CANADA: Peter Nygard accused of sexual assault, trafficking by 10 women in class-action lawsuit
Feb 14, 2020 5:52 PM
Comments
We welcome your feedback and encourage you to share your thoughts on this story. We ask that you be respectful of others and their points of view, refrain from personal attacks and stay on topic. To learn about our commenting policies and how we moderate, please read our Community Guidelines.