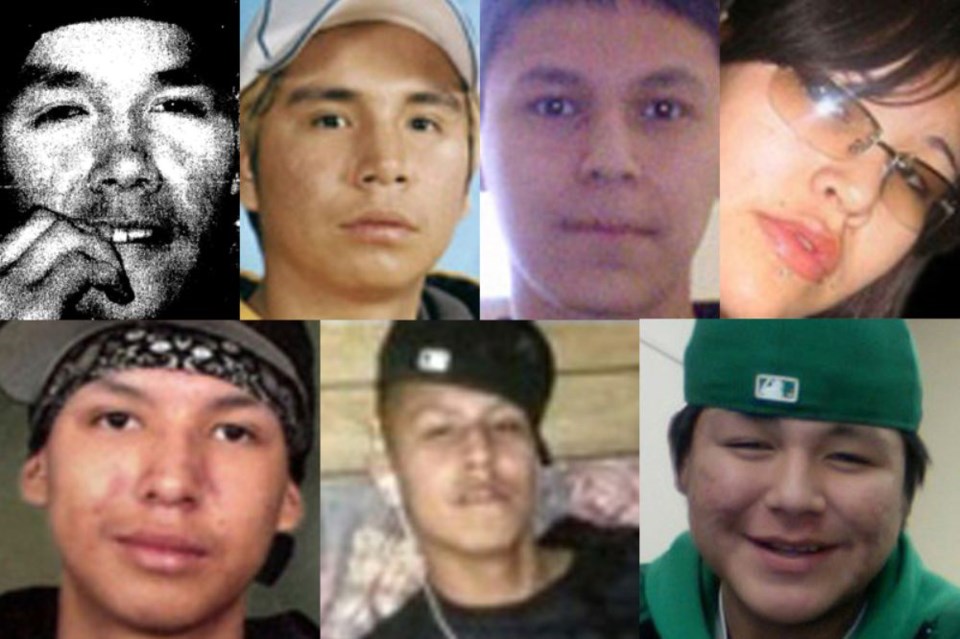 THUNDER BAY – The first year response to recommendations from the inquest into the deaths of seven Indigenous youth in Thunder Bay is “disappointing,” say lawyers representing six of the seven families.

Scoring the progress of implementing the 145 recommendations at a C+ level, Aboriginal Legal Services released a report card grading and evaluating the response from the eight named parties on Wednesday.

The federal and provincial governments, along with the city of Thunder Bay and Nishnawbe Aski Nation, all scored below 70 per cent.

“No other party responded in such a generic fashion. All of the other parties took the responses that were directed to them, seriously thought about them and gave thoughtful response.”

“I think what’s clear is the people who were most invested took this the most seriously. They did as much as they could, as quickly as they could to respond to things,” Rudin said.

“When you look at it overall, the parties that did the best really are the Thunder Bay parties. Even though the city didn’t get the greatest grade, they really made a lot of progress on 97 per cent of the recommendations. The organizations in Thunder Bay are doing things. As you move outside of Thunder Bay, as it becomes more abstract, it seems interest may fall off.”

The city of Thunder Bay was issued a C+ grade, with 23 per cent of recommendations complete, 74 per cent in progress and only three per cent where no action has been taken.

“Since all but six of those recommendations were short-term recommendations, we feel they should have been able to accomplish more,” Rudin said. “But our feeling is if the city continues to work the way they’re working and show the commitment they’ve shown, by next year there’s no reason they won’t have an A.”

City manager Norm Gale said council and administration are “highly motivated” to continue addressing the 31 recommendations. A report on the findings of the river safety audit and a proposed letter of intent to grant the former Grandview Lodge to the Matawa Learning Centre are both scheduled to go before council on Monday.

“We are moving with real things,” Gale said. “It is true we do need help. It was mentioned about funding issues, particularly for the education parties. Those funding issues apply to the municipality of the city of Thunder Bay as well. We appeal for help from Ontario and Canada so we can realize our vision and the direction

Despite completing 31 per cent of their recommendations and having another 50 per cent in progress, Nishnawbe Aski Nation received a C+. Rudin said NAN identified a lack of funding as an obstacle for many of the recommendations, though he believes more action could have been taken.

The Thunder Bay Police Service, which has completed 40 per cent of their recommendations with the remaining 60 per cent underway, was given a B+.

Rudin said a progress report will be prepared and delivered in subsequent years until the work is done.

Though years have passed since the loss of the seven youth, the deaths of Indigenous teens Tammy Keeash and Josiah Begg earlier this year emphasizes the work that remains unfinished.

“It’s been 17 years since Jethro Anderson passed away and it’s been (six) since Jordan. The families live with this every day. Every time we talk to them they’re still living with it. The pain is magnified when this happens to someone else,” Rudin said.

“People are seriously questioning whether they should send their children to Thunder Bay for an education. We know among the families we represent that after they lost a child, their other children were not coming here for an education. Those are tragic responses. Those are choices no one should ever have to make.”

CANADA: Researchers look at humidity as a weapon in the fight against airborne viruses
Apr 3, 2020 12:20 PM

COVID-19: Isolation spurs Canadians to read, exercise, call loved ones more, poll says
Apr 3, 2020 11:20 AM
Comments
We welcome your feedback and encourage you to share your thoughts on this story. We ask that you be respectful of others and their points of view, refrain from personal attacks and stay on topic. To learn about our commenting policies and how we moderate, please read our Community Guidelines.

About the Author: Matt Vis

Born and raised in Thunder Bay, Matt is honoured to tell the stories of his hometown.
Read more