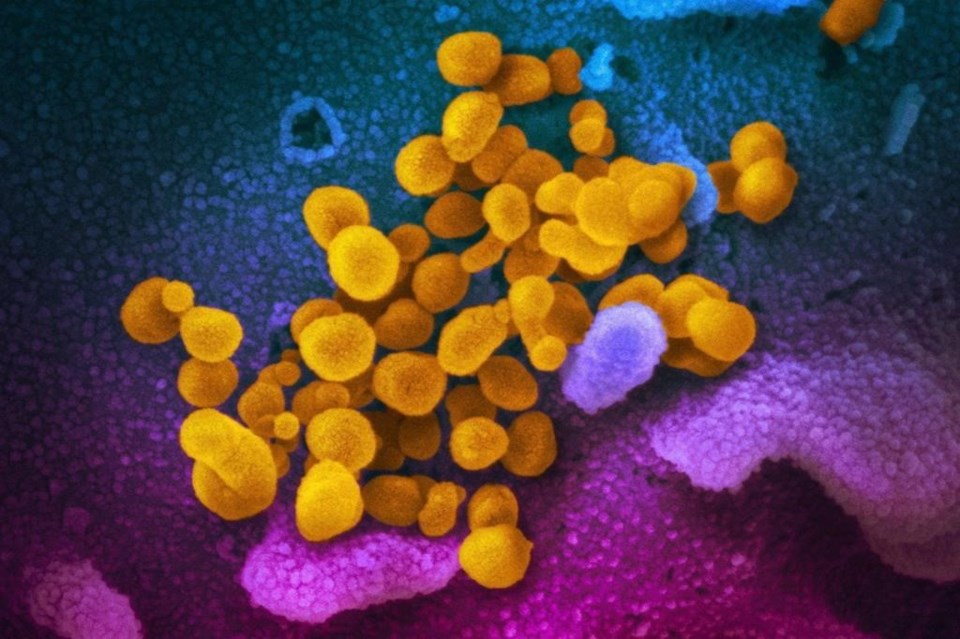 Almost half of Canadians believe at least one popular coronavirus conspiracy theory or myth, including 26 per cent who believe COVID-19 is a Chinese-engineered bioweapon released from a lab, according to a new survey from Carleton University.

“It used to be that the media landscape had a centre, what we now call legacy news organizations,” Greenberg said. “But increasingly, we get news from not only those sources but also dubious actors. Everyone is a news organization now.”

These apps convey relatively little information and context per message, but ideas can take root quickly, he said. Greenberg and his co-researchers found survey respondents who believed conspiracies were more likely to share news or opinion about COVID-19 on social media.

Greenberg said the most widely believed COVID-19 theory in Canada was a “widely discredited conspiracy theory that the coronavirus that causes COVID-19 was engineered as a bioweapon in a Chinese lab and released into the general population.”

As Global News has reported, a previous Canadian study found a similar theory claiming that a United States bioweapon caused the novel coronavirus was evidently disseminated by People’s Republic of China diplomats, who used Twitter to amplify the theory from a Canadian website linked to Russian propaganda. Neither theory has any conclusive proof.

Most experts say it is likely the virus came from a Wuhan wet market. But in a recent interview with Global News, China’s ambassador to Canada, Cong Peiwu, did not rule out a lab accident in Wuhan.

In an interview, Greenberg said another surprising finding for the Carleton researchers was that 11 per cent of Canadians believe COVID-19 isn’t a serious illness but is being spread “to cover up harmful health effects associated with exposure to 5G wireless technology.”

As Global News has reported, these theories generally argue that radiation from 5G technology has a damaging impact on the human immune system.

“To be clear, 5G technology is in no conceivable way connected to the spread of COVID-19,” Ryan Foreman of the CSE, Canada’s cybersecurity agency, told Global News. The CSE is monitoring the spread of disinformation and scams related to COVID-19.

The Carleton survey researchers noted that police in Quebec are currently investigating whether arsonists who have torched several cellphone towers were motivated by the conspiracy theory. Similar attacks on cellphone towers have been reported this year in the United Kingdom.

The Carleton study also looked at potentially harmful COVID-19 health and treatment beliefs. The survey found 23 per cent of respondents “believed the hyped and unproven claim by U.S. President Donald Trump that drugs such as hydroxychloroquine are effective” for treating COVID-19 infection. This week, Trump announced that he has been taking hydroxychloroquine for over a week to prevent COVID-19 infection after discussing the treatment with a White House doctor.

However, the U.S. Food and Drug Administration (FDA) last month warned against taking hydroxychloroquine outside a hospital or formal clinical trial because of the risk of “serious heart rhythm problems.”

“We will continue to investigate risks associated with the use of hydroxychloroquine and chloroquine for COVID-19 and communicate publicly when we have more information,” the FDA said.

Sarah Everts, a Carleton journalism professor and co-researcher in the study, said she was “floored by the overconfidence Canadians have in their own ability to distinguish conspiracy theories and misinformation.”

For example, 58 per cent of respondents who believe the 5G conspiracy theory also said they could “easily distinguish” between COVID-19 facts and misinformation. And almost half who believed the Chinese bioweapon theory said the same.

“Everyone has fallen prey at some point to misinformation on social media,” Everts said. “Anyone who thinks that it’s easy to distinguish conspiracy theories and misinformation is at high risk of being fooled.”

Greenberg said study authors concluded that public health agencies and experts need to “push back” on misinformation. But they are placed at a disadvantage with “purveyors of conspiracy” who have mastered well-crafted, shareable, social media-friendly stories.

The public opinion survey was a project of Carleton’s School of Journalism and Communication and supported by Abacus Data. The survey was conducted with 2,000 Canadian residents from May 5 to 8, 2020. The margin of error for a comparable probability-based random sample of the same size is +/- 2.19 per cent, 19 times out of 20.

VILLAGE VIDEO: Birdwatching in the backyard yields close-ups of the speedy hummingbird
Jun 1, 2020 8:45 AM
Comments
We welcome your feedback and encourage you to share your thoughts. We ask that you be respectful of others and their points of view, refrain from personal attacks and stay on topic. To learn about our commenting policies and how we moderate, please read our Community Guidelines.