Air Canada laid off tens of thousands of workers as the pandemic swept Canada, including 16,500 last March, when the crisis began
Jun 11, 2021 9:50 AM By: Canadian Press 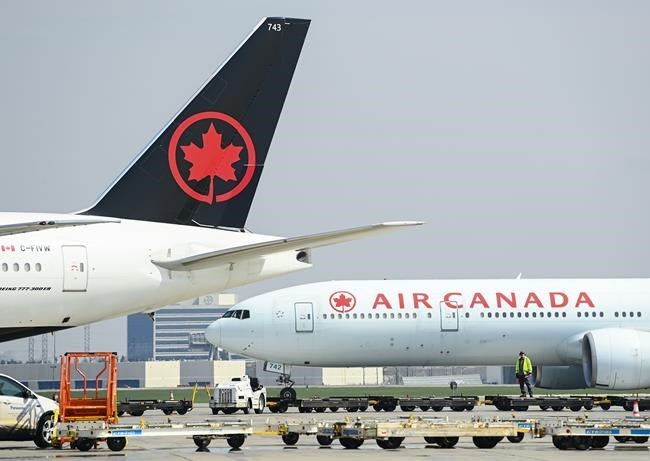 MONTREAL — Air Canada says it will recall more than 2,600 employees as it prepares for an increase in demand for flights, while also extending the deadline for COVID-19 refunds.

The airline said the employees being recalled will include various roles, including flight attendants, and will be brought back in stages in June and July.

He said the recall is part of its efforts to rebuild the airline's network and meet the expected demand for travel.

Air Canada laid off tens of thousands of workers as the pandemic swept Canada, including 16,500 last March, when the crisis began.

In April, the airline reached an agreement with Ottawa for a $5.9-billion aid package.

The country's largest airline also said it has extended the deadline to submit a request for refund for flights or vacation packages by 30 days until July 12.

About 40 per cent of eligible customers have requested a refund since the refund policy came into effect on April 13, with 92 per cent of requests having been processed.

"The number of customers who have requested a refund is lower than anticipated and most have kept their travel credit," stated chief commercial officer Lucie Guillemette, adding that's a vote of confidence in the airline.

Customers have the option of a transferrable travel voucher with no expiry date or converting the value of the ticket to Aeroplan points with a 65 per cent bonus. Customers who obtained these refunds can also exchange them for a refund in the original form of payment.

Air Canada says its new refund policy for all purchased tickets will be a choice of voucher or bonified Aeroplan points if the airline cancels or reschedules a flight by more than three hours.

This report by The Canadian Press was first published June 10, 2021.

Companies in this story: (TSX:AC)