Movie Review: Looking back, the 2017 edition 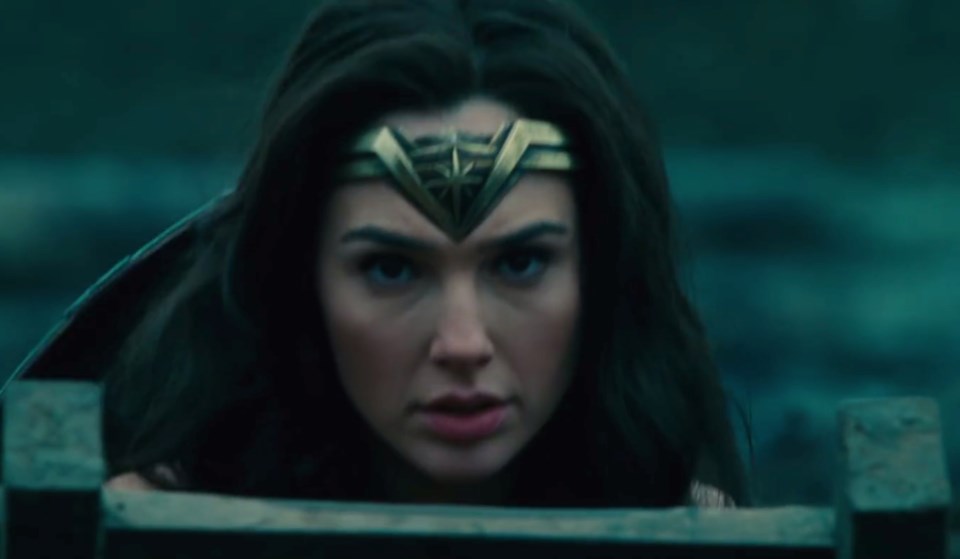 Looking Back, The 2017 Edition

Will 2017 go into the books as one of the Great Years of Film? Only time will tell how many of these will stand up in years to come. But at first glance? Oh, yes it will, yes it will. Let's take a look, shall we, at film in 2017.

The Dark Tower should have been idiot proof, an adaptation of a beloved Stephen King series, the first chapter in a multi-film franchise for the adults who grew up on the Harry Potter films. Instead, The Dark Tower is not quite half a good film. The only time the film is interesting and full of life is when Idris Elba is onscreen. Otherwise, it's dull and boring and shot like an 80s movie-of-the-week with performances and production values to match. Whenever Mr. Elba is onscreen the audience gets a small taste of the film that could have been, the film that should have been. His gravitas, his charisma and presence and skill bring a pretty dull movie to life. Otherwise, m'eh.

The What the Hell Was Everyone Thinking?

Alien: Covenant. Really, what was everyone thinking? The film has zero logical consistency and the characters are dumb, dumb, dumb. Hopefully this is the entry that puts the final nail in the coffin for this franchise. A couple of strong performances are wasted on an unfinished script and an idiotic premise. It's not scary, it's never suspenseful, never thrilling, and always dumb, dumb, dumb. The moments that are cribbed from the first two did nothing but remind me of how damn good those first two films were and maybe, just maybe, the whole enterprise should have ended there. But the third one did give us David Fincher. You're right, we can keep the first three. The rest of the franchise needs to be put out the airlock.

Geostorm. It's the worst.

The Where Was The Audience? Really, Where Was Everyone?

Logan Lucky should have raked in huge dollars, dump trucks full of money. Instead audiences avoided it. Why? I got nothing. Fun and thrilling and funny and slick and full of amazing performances, Logan Lucky was the also ran. But it should have been huge. Starring some of the biggest names in film, like Channing Tatum and Adam Driver and Daniel Craig and Elvis' granddaughter Riley Keough and ton of cameos by NASCAR drivers, this redneck Ocean's 7-11 should have been the first chapter in a series of films featuring the Logan family. Instead, it's 2017's The Nice Guys, a film too good for these weird times.

Love it or hate it, there really isn't much middle ground when discussing Baby Driver. There really has never been anything like Baby Driver before. It's an action movie by way of a 1933 Busby Berkeley musical. It's the accidental blockbuster, a modestly budgeted film based on nothing but a love of Walter Hill's Driver and a twenty year old fever dream of a bank robbery cut to Jon Spencer Slues Explosion's Bellbottoms. In Edgar Wright's hands hokey characters and situations and cliches were given new legs, were given new humanity with no irony. The fairytale aspects of Baby Driver were lost on some of the audience, maybe they were looking for realism, maybe they were looking for detached irony. But for others Baby Driver was a bullet-riddled magical ride that earned the rainbow at the end. And it had the best opening of the year. Those six minutes are just a wonder of music and editing and stunt work.

And this is when we talk about Get Out. Jordan Peele's social thriller is one of the Great Films of 2017. It's the horror film that is too real for some of its audience. It's also the satire that skewered some of us West Wing liberals, as The Guardian put it. It's the film that crawled under my skin and built itself a nice gazebo and here we are ten months later and I still can't stop talking about it. The Sunken Place is really one of the great horror moments of ever, it haunts my nightmares and makes my palms sweat just thinking about it. A master class in filmmaking, Get Out is the debut that announced Jordan Peele as a great film maker. And it's funny as all get out. In any other year Get Out would be the film of the year and we'd be done. But 2017 isn't any other year.

Wonder Woman is the movie that some have been waiting thirty nine years to see, it's the movie some have been waiting seventy five years to see. By returning to the roots of the comic book movie genre for inspiration, 1978's Superman, director Patty Jenkins removed all of the doom and gloom and misery of the DC Cinematic Universe. She also removed all of the quips and jokes and detached irony of the Marvel Cinematic Universe. Grabbing her inspiration from what Mr Donner and his team achieved and also from her love of the character, Ms Jenkins and her team crafted a timeless film that is fun and exhilarating and charming and breathtaking. And then there's the No Man Land scene. Tucked inside of a film that would stand as a fine acheivement is a scene that pushes the film from good to great. The moment when Diana becomes the legend is unlike any moment in any comic book movie ever.

The best news for this particular oddball in this oddball year? The return of the Western. Two of the biggest films of the year, Logan and War for the Planet of the Apes, take many of their themes and cues from Westerns. Both of these films are deeper and stronger due to their Western influences. It is exciting to watch one of my favourite film genres grow and evolve and become more than it once was.

The Toppermost of the Uppermost That I Didn't Write About

Every year there are a few films I see that I never get around to writing about and this year is no different. Among the best of the best are It Comes At Night, an intense and uncomfortable post-apocalyptic psychological thriller. Find it if you love oppressive atmospheric films that will leave you haunted when the credits role. Another film that has stayed with me for months is Personal Shopper, an near-impossible to describe look at grief. Kristen Stewart proves herself one of the Great Actresses of her generation with a realism that gives the film a voyeuristic quality. Yep, that Kristen Stewart. Both films are on Netflix if you feel so inclined.

The Toppermost of the Uppermost That I Did Write About

10) War for the Planet of the Apes

And, at first place, a tie.

2017's been an odd year, why not end it with a tie? It's probably a cheat, but I honestly can't decide between Blade Runner 2049 and Coco. They're both masterpieces of the highest order, they're both films that will live for decades, they're both films that tried to answer the Big Questions. Of course, I could argue that about any of the films on that list. It's just that these two in particular are my favourites among my favourites of the year.

Now, your turn. What were your favourite cinematic moments, films, whatever of 2017?